Indian team led by an inspirational Virat Kohli today scripted history by winning its first ever series across formats on the South African soil as they crushed South Africa by 73 runs thereby taking an unassailable 4-1 lead in the five-match ODI series.
No Indian men’s side since its first tour in South Africa back in 1992, have ever won a series across any format. They did win a one-off T20 match in 2006 — their first ever shortest format but it was a single match event.
The team under Kohli achieved which neither among Mohammed Azharuddin, Sachin Tendulkar, Sourav Ganguly, Rahul Dravid or Mahendra Singh Dhioni could achieve — win a full fledged series in the Rainbow Nation.
After a series of low scores, Rohit Sharma came good when it ultimately mattered as he scored 115 in India’s respectable total of 274 for 7 on a sluggish St Georege’s Park wicket.
South Africa did put up a fight before wrist spinners Kuldeep Yadav (4/57 in 10 overs) and Yuzvendra Chahal (2/43 in 9.2 overs) found their bearings after a rare off-day to polish off the lower-order in a jiffy.
One can’t ignore Hardik Pandya’s contribution as his all-ropund skill sets came into good effect getting 2 for 30 with seamers and then a run-out with a direct throw off in-form Hashim Amla (71), which decisively swung the match in India’s favour.
For Kohli, this is a significant milestone in his three and half years at the helm as this is also his first series win against a top nation on their soil.
While this wasn’t the best South African team on the field but coming back after losing the Test series takes some heart which the ‘Men in Blue’ showed.
The two wrist spinners once again proved to be a revelation as none save Amla could read them properly from their wrists.
Earlier, Rohit ended his prolonged bad patch with a fine hundred as India scored a respectable 274 for 7 after being put into bat.
Despite Rohit’s 115 off 126 balls  and first on South African soil, India failed to consolidate during the final 10 overs as they scored only 55 runs after being comfortably placed at 219 for 4.
Mahendra Singh Dhoni’s inability to push the run-rate during death overs was once again exposed as he managed only 13 off 17 balls and the dot balls that he played only increased pressure on lower order. It was Bhuvneshwar Kumar’s 19 off 20 balls that took India past 270-run mark.
The highlight of the Indian innings was Rohit’s century — which is his  17th overall and 15th as an opener. He is now third behind Sachin Tendulkar (45 out of 49) and Sourav Ganguly (19 out of 22) with number of centuries as opener.
After being criticised for his poor show in the series till date and a pitiable average of 11.45 in 12 ODIs (in SA) with a highest score of only 23, Rohit finally played an innings of substance that had 11 boundaries and four sixes. He was shaky at times but the customary elegance was there to be seen as he stepped out to hit Kagiso Rabada over long on for a six.
Looking to overcome his poor run of form then, Rohit started off slowly against Morne Morkel (0/44 in 10 overs) and Kagiso Rabada  (1/58 in 9 overs), with the former bowling out two maiden overs. In-form Shikhar Dhawan however stroked his way to 34 off 23 balls, with eight boundaries.
India raced off the blocks as the opening duo put on 48 in just 7.2 overs. Dhawan was looking good for many more, but Rabada tied him up with some short stuff. In response, the left-hander only managed to hole out straight to deep square leg.
Rohit though had found his touch with a pulled six off Rabada in the sixth over. He was joined in the middle by Virat Kohli (36 off 54 balls, 2 fours), who played an uncharacteristic innings belying his rich form.
The skipper got off to a sluggish start and was never at ease in rotating the strike, something he is very adept at. The runs just didn’t flow easily on what was turning out to be a slower track than anticipated.
Surprisingly enough, Rohit was in better touch at the other end as he hit another three sixes off Lungi Ngidi (4-51), JP Duminy (0-29) and Tabraiz Shamsi (0-48).
Rohit then took the responsibility of anchoring the innings on  himself after Kohli’s run-out and put on 60 runs with Shreyas Iyer (30) for the fourth wicket. In doing so, they took India past 200 in the 36th over while he reached his milestone off 107 balls. (PTI). 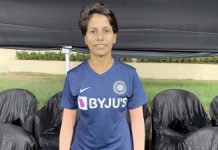 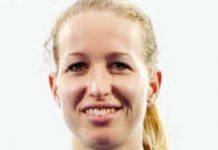 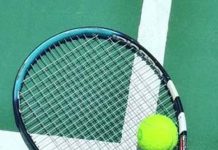 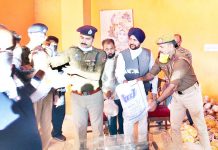 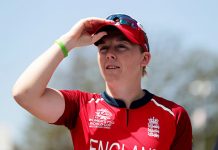 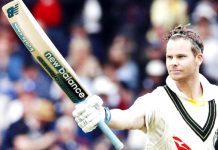 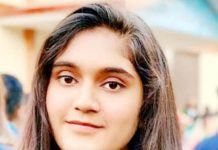