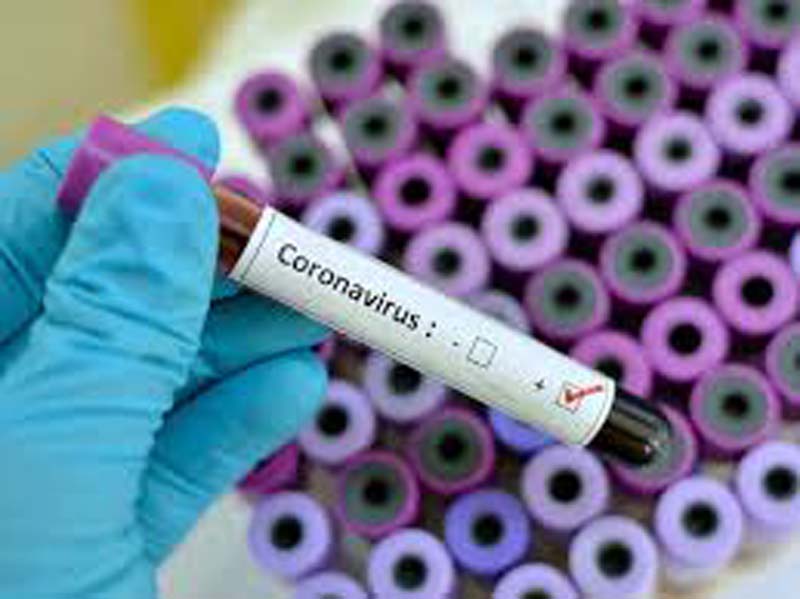 Srinagar, July 11: There has been highest single day spike in COVID-19 deaths in Kashmir after 9 persons died here taking the Jammu and Kashmir death toll to 171 while 181 Corona positive cases were reported from the Valley including an IAS officer and chef of another IAS officer and tally of such persons in J&K has crossed 10, 000 mark.
A 73-year old COVID-19 positive man from Pattan in Baramulla, district who was admitted on July 9 to SKIMS Soura died this afternoon. He was suffering from COPD with Pancytopenia with bilateral lung infiltrates.
A 77-year-old man from Hyderpora in Srinagar who was very sick and was on a ventilator died at SKIMS Soura this morning. He was a case of Carcinoma Urinary Bladder and was admitted with bilateral pneumonia with ARDS.
A 70-year-old woman from Nuner Ganderbal who was admitted at SKIMS yesterday died this afternoon. She was suffering from bilateral pneumonia, type 1 respiratory failure and other ailments and tested positive after death.
A 56-year-old woman from Shalimar area of Srinagar who was admitted to SKIMS on July 6 and tested positive for COVID-19 died this evening due to cardiopulmonary arrest. She was suffering from bilateral pneumonia, hypertension and diabetes.
A 24-year-old woman from Hakura in district Anantnag who was admitted to SMHS hospital in Srinagar on July 3 died here last night. She was referred from Lal Ded hospital after she had caesarean delivery and was kept on ventilator. However, she had intracranial haemorrhage due to high blood pressure and died while her male baby is fine.
A 50-year old man from Baghat-e- Kanipora in Srinagar died a few hours after he was admitted to SMHS hospital Srinagar and he was tested positive after death. He was suffering from bilateral pneumonia and other ailments.
A 45-year-old man from Trehgam in Kupwara district, who was referred from SMHS hospital after testing positive for COVID-19 on July 4 died at Chest Diseases hospital today. He was suffering from bilateral pneumonia, hypertension and other ailments.
A 65-year-old woman from Habba Kadal area of Srinagar who was admitted to hospital on July 8 died at CD hospital this afternoon. She was suffering from bilateral pneumonia, hypertension and ailments.
A 50-year old man from Handwara died at SMHS hospital today. He was suffering from bilateral pneumonia with co-morbidities. His sample was taken yesterday and tested positive today.
With nine more deaths, the death toll related to COVID-19 has reached 169 in J&K including 154 from Kashmir division. Srinagar district with 43 deaths has the highest fatalities followed by Baramulla 32, Kulgam 18, Shopian 16, Anantnag 14, Budgam 11, Kupwara 9, Pulwama 5, Bandipora 3 and two in Ganderbal.
The number of COVID-19 positive cases in J&K crossed 10, 000 mark as 181 cases were reported from Kashmir today. The cases include an IAS officer and chef of another IAS officer and 15 Army personnel and 10 paramilitary personnel.
The 181 cases from Kashmir include four pregnant ladies, five employees of J&K Bank Handwara and three policemen from Tangdar and Kralgund.
Srinagar reported 67, 37 each were reported from Baramulla and Kupwara, 23 from Kulgam, six from Anantnag, 5 from Pulwama, four from Budgam, and one each from Shopian and Ganderbal.
Medical Superintendent SKIMS Soura Dr Farooq Jan, told Excelsior that 1366 samples were processed at the viral diagnostic laboratory of the hospital today and 64 tested positive for the virus. They include 23 from Srinagar, 12 from CRPF, 11 from Kulgam, seven from Anantnag, three each from Baramulla and Pulwama besides one each from Budgam, Ganderbal, Kupwara, Shopian and Kargil.
The 12 CRPF include two from 185 Battalion based at Panzgom in Pulwama, one from 44 Battalion from Srinagar, one from 45 Battalion based at Sumbal , five from 9 RR of Army at Kulgam, two from 18 Battalion head quartered at Kulgam and one from Aamnoo camp in Kulgam.
Principal SKIMS Bemina Dr Riyaz Untoo, told Excelsior that out of 385 samples processed at the hospital’s lab, 12 tested positive for COVID-19 including 10 from Srinagar and two from Budgam.
An official said that 105 people tested positive for COVID-19 at CD hospital Srinagar.
And 95 more COVID-19 patients have recovered and were discharged from various hospitals from Kashmir.