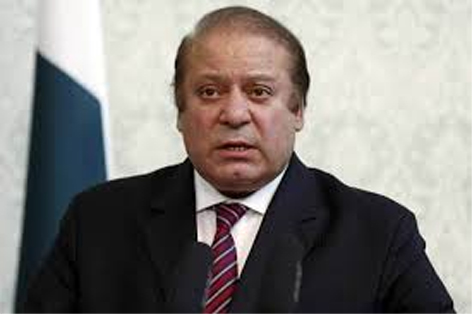 ISLAMABAD, Feb 26: Pakistan’s former prime minister Nawaz Sharif has been declared an “absconder” by the government for violating the bail requirements by not presenting his medical report from his doctors in London, according to a media report on Wednesday.
Sharif, 70, left for London in November last for treatment after the Lahore High Court allowed him to go abroad on medical grounds for four weeks.
According to Sharif’s physician, the three-time prime minister is suffering from complex multi-vessel coronary artery disease and substantial ischemic and threatened myocardium for which he is due to undergo surgery.
The government on Tuesday decided not to extend the bail of Sharif and declared him an “absconder” for violating the bail requirements by not presenting his medical report before a board formed on the order of the Islamabad High Court, Dawn Newspaper reported.
The decisions were taken at a meeting of the federal cabinet presided over by Prime Minister Imran Khan.
“After Nawaz Sharif failed to submit his medical report of any hospital in London, the medical board rejected a medical certificate sent by him and [the government] declared him an absconder,” Special Assistant to the Prime Minister on Information Firdous Ashiq Awan said at a post-Cabinet meeting press conference.
“From today Nawaz Sharif is an absconder according to the law of land and if he does not return to the country he will be declared a proclaimed offender,” Awan said. (PTI)