In spite of his late start, Mon, who had represented Kerala and Services in his career earlier, pulled a surprise by surging ahead of his fellow competitors in the last few metres to finish first at G M C Balayogi Stadium.

There was light rain just before the men’s 100m final but it did not deter the spirit of the competitors although the cool conditions hampered them from returning their best times.

32-year-old Sameer, a member of the bronze winning Indian 4x100m relay quartet in Delhi Commonwealth Games six years ago, had earlier won the Inter-state titles in 2008 and 2011.

Karnataka athlete Reena George’s switch-over from 400m to 100m proved successful as she capitalised on the absence of big guns like Dutee Chand and Srabani Nanda to win the women’s 100m dash in a modest 11.99 secs.

In women’s 100m hurdles, M Sugina of Kerala clocked a personal best of 14.17 secs to win gold. Tamil Nadu duo of B Dhanalakshmi (14.28) and D Keerthana (14.33) also delivered their bests to secure the next two spots.

Triple jumper Shilpa Chacko brought the third gold for Kerala by clearing 13.22m. She was the only jumper among the four participants to leap over 13m.

Earlier in the morning, Gujarat’s Babubhai Panocha took his third Inter-state title in men’s 20 km walk with a time of 1 hour 31 minutes 26 secs. He had earlier won in 2007 and 2013 besides a bronze medal in the last edition in Chennai.

Yesterday, Rajasthan’s Niraj Kumar obliterated the listed national record in hammer throw with an effort of 70.73m. That bettered the previous ratified mark which was in the name of Rakesh Kumar Yadav (70.16m) since 2003. The Indian best 72.86m achieved by Kamalpreet Singh at Tucson (USA) last year was not recognised by Athletics Federation of India for lack of doping control procedures. (PTI) 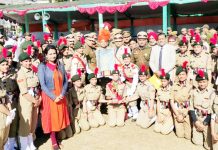 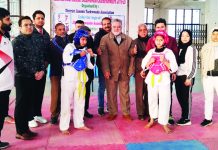 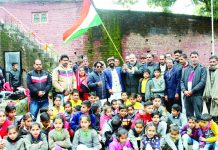 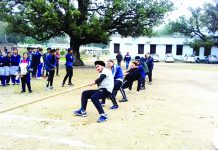 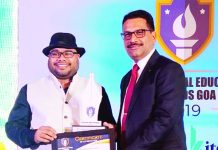