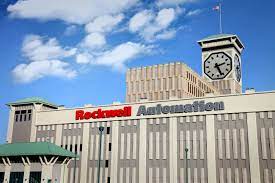 Chicago, Dec 8:
Rockwell Automation has grown to a 3,000-people strong organisation in India from having 800 people a decade ago, and aims to maintain its growth trajectory, a senior company official has said.
The Milwaukee, US-headquartered Fortune-500 company looks at India both as a market given the rapid strides in manufacturing in the country, and also as a talent base to aid its global operations, the company’s regional director for India, Dilip Sawhney told PTI in an interaction here.
Its president for Asia Pacific, Scott Wooldridge, said its overall staff strength has grown to 3,000 people in India from 800 a decade ago, and said India has seen a lot of easing on issues like taxation and permissions for setting up new facilities.
Sawhney said it has a presence in 16 locations in the country, with a bulk of it concentrated in Pune where it has centres helping the global business.
“I would say that the trend… the pace at which we are growing, I don’t see that pace slowing down,” Sawhney said on the sidelines of the company-organised Rockwell Automation Fair held here.
He said India helps global functions like design, software development and also has innovation centres, and the company looks at the country as a talent marketplace.
The local talent switches between aiding the global operations, and also working for the local business, he said, adding that this presents career growth opportunities as well for the staff.
The company, which started addressing automation needs in the cement, metals and metal processes sectors in India by establishing a presence nearly four decades ago, now looks at opportunities emerging from the consumer, life sciences, auto and tyres sectors, Sawhney said.
When asked about the impact of the slowdown in capital expenditure, he said there is a lot of growth happening in industry sub-verticals, pointing to electric vehicles as a big growth opportunity within the automotive segment where manufacturers are investing a lot.
Sawhney said the company is also observing developments in the semiconductor space closely and hoped that Indian ambitions can click this time.
He said the ‘China plus one’ strategy is playing out in favour of India, where a lot of global companies are setting up shop in the world’s fifth biggest economy.
Acknowledging that India was one of the most deeply impacted countries during COVID, Sawhney said no one expected India to bounce back the way it did after the multiple waves.
Without disclosing any financial information, Sawhney said India business has grown at over ten per cent per annum in the last ten years except the pandemic year of 2021, and added that it will continue to grow faster than the economy and pick-up market share.
Wooldridge said he does not see any layoffs happen at Rockwell, even though the tech world has been rocked with job impacts the world over. (PTI)