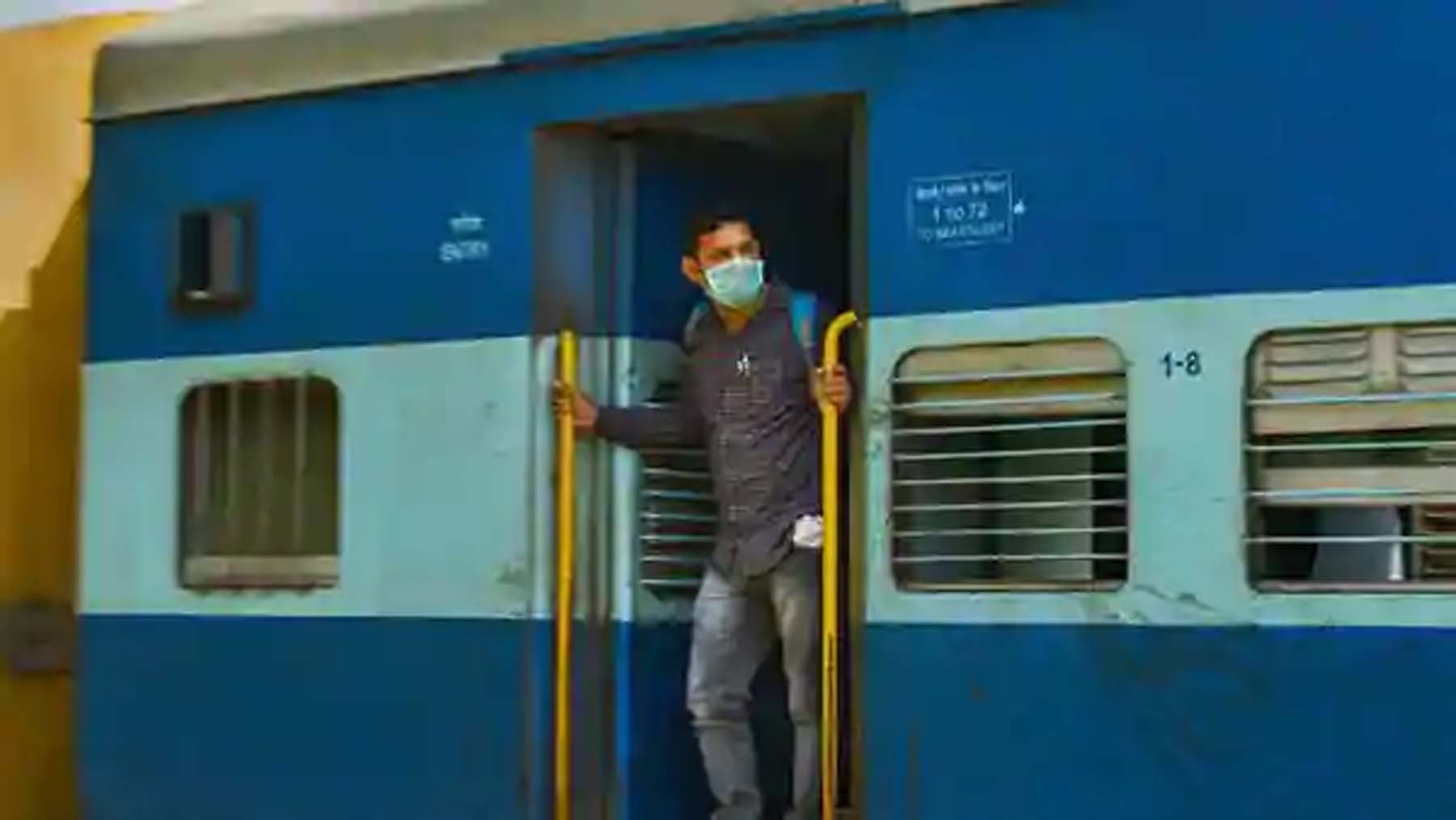 NEW DELHI, May 11:
The Railways has issued new guidelines for travel on 15 pairs of special trains from May 12, asking passengers to carry their own food and linen and arrive at stations at least 90 minutes before departure for health screening.
It also said all passengers must wear face masks during the journey and preferably travel light.
The Railways, which has announced resumption of a limited number of passenger services after an almost 50-day hiatus due to an ongoing lockdown, said the trains to run from Tuesday will be air-conditioned and will run on full-capacity on Rajdhani routes, from Delhi to all major cities.

It said it will run eight trains on May 12 — three from New Delhi terminating at Dibrugarh, Bengaluru and Bilaspur. And one each from Howrah, Rajendra Nagar (Patna), Bengaluru, Mumbai Central and Ahmedabad which will all terminate at Delhi.
These special trains will only have AC classes i.e. First, second and third AC.
Since the trains will be operated amidst a lockdown, only passengers with confirmed e-tickets shall be allowed to enter the stations.
The fares will be equivalent to Rajdhani trains and passengers can book tickets up to seven days in advance. However, no RAC, waiting list ticket or on-board booking by ticket-checking staff will be permitted, the Railways said.
Online cancellation of tickets shall be permitted up to 24 hours before the scheduled departure of the train, but the cancellation charge shall be 50 per cent of the fare.
The movement of passengers as well as that of the driver of the vehicle transporting them to and from the railway station shall be allowed on the basis of the confirmed e-ticket, it said.
The Railways said there will be special norms for air-conditioning inside the coaches and temperatures will be kept slightly higher than the usual. Maximum supply of fresh air will be ensured.
The special trains will run between New Delhi to Dibrugarh, Agartala, Howrah, Patna, Bilaspur, Ranchi, Bhubaneswar, Secunderabad, Bengaluru, Chennai, Thiruvananthapuram, Madgaon, Mumbai Central, Ahmedabad and Jammu Tawi and from these cities back to the capital.
The IRCTC website began booking tickets for travel on special trains after 6pm, two hours behind the schedule, due to a technical glitch but all AC-1 and AC-3 tickets for the Howrah-New Delhi train were sold within the first 10 minutes.
The Howrah-New Delhi train is scheduled to begin its journey Tuesday from Howrah at 5:05 pm.
As per the ticket availability on the website, all AC-1 and AC-3 tickets for the Bhubaneswar-New Delhi special train on May 13 were also sold by 6.30 pm.
According to the timetable issued by the Railways, the trains will run either daily, weekly or bi-weekly from May 12 to 20 as of now. There are no trains scheduled on May 16 and May 19.
Bookings will be available only on the IRCTC website (www.Irctc.Co.In).
The tickets, officials said, would have details of the ‘dos and don’ts’ passengers need to follow — such as arriving at the station at least 90 minutes in advance for screening and use of the Aarogya Setu mobile app.
“Maximum Advance Reservation Period will be of 7 days. Passengers are encouraged to carry their own food and drinking water. The passengers shall reach the station at least 90 minutes in advance to facilitate thermal screening at the station. No linen, blankets and curtains shall be provided inside the train. Passengers are advised to carry their own linen,” an order by the Railways said.
The order said there would be no provision of ‘tatkal’ and ‘premium tatkal’ accommodation and there will be very few stoppages during the journey.
Only asymptomatic passengers will be allowed to board the trains. Also, no ‘current booking’ will be allowed, the order said.
The railways has instructed zonal railways to ensure that there are separate entry and exit gates at stations “to the extent feasible” to avoid face-to-face movement of passengers.
It also said no stalls or booths on the platforms shall be opened.
All passenger train services were suspended due to a countrywide lockdown since March 25. The Railways later started Shramik Specials to ferry migrant labourers stranded across the country. It, however, has been running freight and parcel services non-stop.
After the resumption of these 15 pairs of passenger trains, the Railways will start more trains on new routes, based on availability after reserving 20,000 coaches for COVID-19 care centres and an adequate number for planned running of up to 300 Shramik Specials every day.
The Health Ministry today gave an indication that the Government is inclined to allow more trains to ply. It said the movement of trains shall be permitted in a graded manner. (PTI)