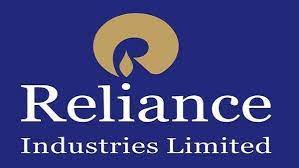 New Delhi, Sept 23: Reliance Industries Ltd on Friday said it has acquired a 20 per cent stake in California-based solar tech firm Caelux for USD 12 million as it strengthens its new energy manufacturing capabilities.
Reliance New Energy Ltd, a wholly-owned subsidiary of the firm, signed definitive agreements to invest in Caelux Corporation, a Pasadena, California-headquartered company engaged in the development of perovskite-based solar technology, it said in a statement.
The partnership is expected to help Reliance produce higher efficiency and low-cost solar modules at its gigafactory in Jamnagar, Gujarat, where an integrated photovoltaic plant is being set up.
It will also allow Caelux to commercialise its perovskite-based solar technology, which enabled solar modules to produce 20 per cent more energy over a 25-year lifetime of the solar project.
Reliance has been building its new energy stack with partnerships with several global players, including Ambri in the US, Faradion in the UK and Lithium Werks in the Netherlands. It recently acquired a 79.4 per cent stake in SenseHawk, a solar digitisation platform SaaS that helps customers develop, build and operate solar and other infrastructure sites.
It has also signed up with Maxwell Technology to purchase eight sets of high-efficiency production lines for heterojunction cells (HJT), each with 600 MW capacity, to manufacture an annual capacity of 4.8 GW of HJT cells. Reliance acquired REC Solar Holdings, a module manufacturer of HJT technology.
“This investment will accelerate product and technology development for Caelux, including the construction of its pilot line in the United States, for expediting the commercial development of its technology,” the statement said.
RNEL and Caelux have also entered into a strategic partnership for technical collaboration and commercialisation of Caelux’s technology.
Caelux is an industry leader in the research and development of perovskite-based solar technology. Its proprietary technology enables high-efficiency solar modules that can produce 20 per cent more energy over the 25-year lifetime of a solar project at significantly lower installed cost.
Reliance is setting up a global-scale integrated photovoltaic Giga factory at Jamnagar, Gujarat.
“Through this investment and collaboration, Reliance will be able to produce more powerful and lower cost solar modules leveraging Caelux’s products,” it said.
Speaking about this investment, Mukesh D Ambani, Chairman and Managing Director, Reliance, said the investment in Caelux aligns with the firm’s strategy to create the most advanced green energy manufacturing ecosystem, backed by world-class talent, and built on the pillars of technological innovation achieved through strategic partnerships.
“We believe Caelux’s proprietary perovskite-based solar technology provides us with access to the next leg of innovation in crystalline solar modules. We will work along with the team at Caelux to accelerate its product development and commercialization of its technology,” he said.
Scott Graybeal, CEO of Caelux, said through the partnership with Reliance, the company will accelerate its efforts to build out manufacturing capabilities to produce products that make crystalline solar modules more efficient and cost-effective.
The transaction will not require any regulatory approval and is expected to be completed by end of September 2022, subject to satisfaction of any condition’s precedent. (PTI)