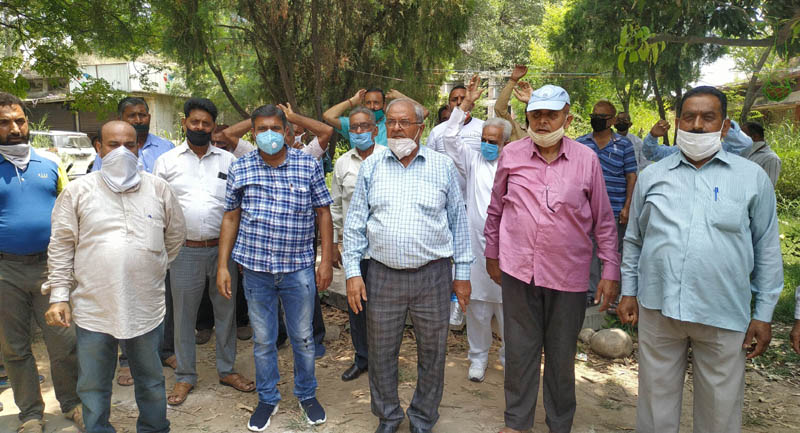 JAMMU, July 4: Dealers of Fair Price Shops (FPS) under the banner of Fair Price Shops Dealers’ Association, J&K today held a protest against J&K Government and highlighted their demands,
While raising slogans in support of their demands, the FPS dealers said that they are an integral and most important part of supply chain management in the FCS&CA Department. “They are the dealers who distribute ration to poorest and destitute beneficiaries (AAY/PHH/BPL) at far off distances,” they said, adding, during the pandemic period, all the dealers played an important role in reaching out and distributing ration to every beneficiary.
The protesting dealers said that all the FPS dealers are doing their jobs with utmost dedication and honesty but their burning demands have not been taken up by the Department till date despite a number of representation made by the Association to every concerned.
“It was decided by the Cabinet in the year 2014 that all the FPS dealers should be treated as employees of Department under Rehbar-e-khurak but nothing has been done on the ground,” they said, adding that again in the year 2017, the then Food Minister under SRO 520 announced that Ration Dealers should be adjusted as employees in the Department.
The protesting FPS dealers said that they have already submitted their documents with the Department but nothing practical has been done by the Department. They said since 2017, no loading/unloading/freight and commission (Center Share) is paid to dealers by the department and despite making several representations, no decision was taken on the issue.
They demanded the LG administration to fulfill their demands at the earliest.

1st anniversary of abrogation of Art 370, 35A celebrated with great enthusiasm across J&K