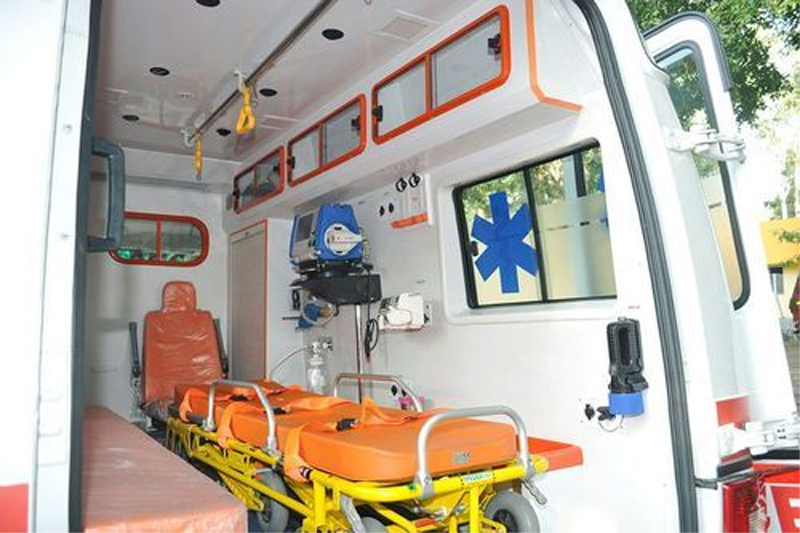 Govind Sharma
JAMMU, Aug 4: Although healthcare in Jammu and Kashmir is in utmost chaos and more facilities are required to be made available, the procurement of Critical Care Ambulances (CCAs) by J&K Medical Supplies Corporation Limited (JKMSCL) is facing yet another fraudulent and technical glitch.
Official sources told Excelsior that keeping in view the meandering, hilly and uneven terrain of the region and safety standards during evacuations, the J&K Medical Supplies Corporation Limited was assigned the task of procuring 7 Critical Care Ambulances as per Ambulance Code AIS: 125 specification notified by Government of India.
“However, compromising with the safety of patients, JKMSCL allotted contract of providing the Critical Care Ambulances (CCAs) to a company whose bid was lowest but ignored the specification aspect, which otherwise should have received priority attention”, they said.
As per the contract, the company had to supply prototype vehicle within 45 days of order and balance vehicles within 2 months from the approval of the prototype but even after a lapse of over 7 months, the company has failed to start providing ambulances although prototype vehicle was supplied by it in December last year.
Sources said that the tender for procurement of 7 Critical Care Ambulances was floated by JKMSCL vide No NIT/JKMSCL/CCA/2018/294 Dated 23.05.2018. For purchase of these Critical Care Ambulances, the JKMSCL received money from Deputy Commissioner Kathua vide letter No DDC/CPO/58/ MPLADS/2017-18/2983-85 Dated 11.07.2018, being the MPLAD funds provided by MP and MoS Dr Jitendra Singh.
All the prospective bidders were asked to attend pre-bid meeting at JKMSCL office on May 2018. Finally, it was agreed that all the bidders will offer AIS: 125 compliant products and two corrigendum vide no JKMSCL/GM/corg/2018/1469-73 and JKMSCL/GM/corg/ 2018/1464-68 Dated 03.06.2018 were issued by JKMSCL for strict adherence to AIS: 125 codes and specifications.
“Looking into the geographical requirements of our State, the JKMSCL in the two corrigendum issued by it, sought two major products i.e. Defibrillator & Transport Ventilator (to be installed in CCA) which can be operative in sub zero temperature,” sources revealed.
They said that after accessing documents of all the bidders, the authorities of JKMSCL revealed that there were three bidders and during the technical evaluation, it was highlighted that the bids will be evaluated as per the specifications laid down by the JKMSCL after the pre-bid meet and amendments issued thereof.
“However, when it came to evaluation of bids, the technical committee of JKMSCL did not evaluate the bids as per specifications and kept aside even the major geographical requirements of our State,” sources claimed and alleged that the technical committee selected a company which was not fulfilling the laid down criteria for obvious reasons.
In Financial bid opening, sources said that M/s Instromedix, a non-compliant bidder, became the lowest bidder and JKMSCL allocated the contract to it vide Rate contract no JKMSCL/GM/2018/2609/28 Dated 11.09.2018 and purchase order for 7 Critical Care Ambulances was also placed vide order no JKMSCL/GM (P&S)/CCA/93/2018/3138-45 Dated 17-10-2018.
“Though the company had supplied the prototype CCA in December 2018 but even after lapse of over 7 months, it has failed to supply balance CCAs whereas according to the terms and conditions of the contract and conditions mentioned in corrigendum, the company had to supply prototype vehicle within 45 days of order and balance supplies to be made within 2 months, from the approval of prototype,” sources regretted.
When contacted General Manager, JKMSCL, Dr Iqbal Sofi simply said, “M/s Instromedix will take more time to supply CCAs as they have to submit AIS 125 Certifications as per Government of India guidelines. “Yes, there has been a delay and I agree but we cannot help it. We have to follow Government of India guidelines.”
As per the corrigendum issued by the JKMSCL, technical bids should be evaluated on AIS 125 parameters but the question is that how M/s Instromedix qualified in technical evaluation bid at that time if they were not having AIS 125 Certifications at time of quoting of tender for their products & fabrication while as other participating companies also made representation regarding this issue in past.
Sources further informed that the lowest bidder have quoted all non compliant products including Autoloader, Scoop Stretcher, Spine Board, Suction machine, Defibrillator & Transport Ventilator. “The worst is not over, Transport Ventilator quoted from M/s Resmed Astral 100, as per company’s user/operating manual is not recommended as Emergency Transport Ventilation but the same Ventilator is being offered by the lower bidder,” they added.