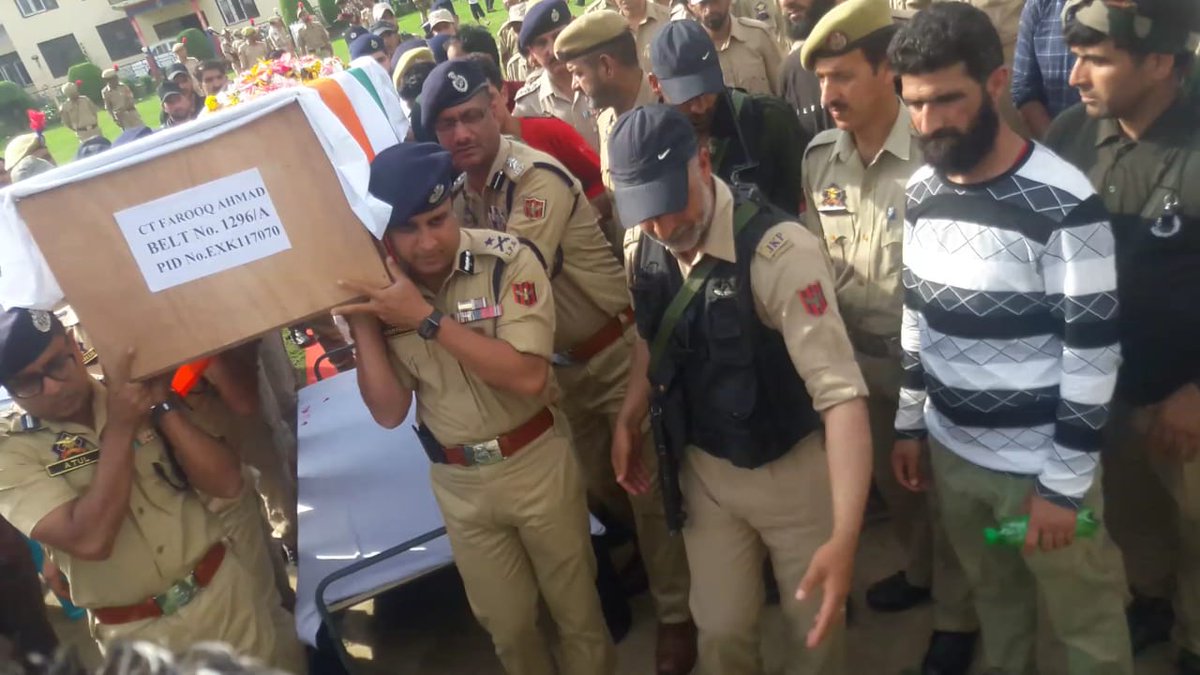 SRINAGAR: Jammu and Kashmir Police on Friday paid rich tribute to a Constable, who was killed in a militant attack in south Kashmir district of Anantnag.