JAMMU, Dec 20: On 675th day of their ongoing chain hunger strike, the agitating Contractual Lecturers (10+2) today attempted to take out a protest march towards the Civil Secretariat, which was however, foiled by the Police.
Carrying placards and shouting slogans in support of their demand of regularization, the protesting Contractual Lecturers marched from exhibition Ground, near Press Club Jammu and reached at Gummat where Policemen did not allow them to proceed further.
To foil the protest march, Police also had to use mild force and detain president of the Contractual Lecturers (10 plus 2) Association along with a female protester, who were released later on.

Click here to watch video
These Contractual Lecturers are demanding their regularization as per the Civil Services Special Provision Act 2010, a Legislation passed for the regularization of all the Ad-hoc/ Contractual/Consolidated employees.
After Police foiled the protest march, the agitating contractual Lecturers reassembled near Dogra Chowk and held a demonstration there. They reiterated their resolve to continue the ongoing chain hunger strike till the State Government concedes their demand of regularization.
They lamented that even after more than three months since the Governor’s assurance to regularize them, the School Education authorities were still preparing the details of their case thus un-necessarily delaying the matter.
They appealed Governor Satya Pal Malik to issue necessary instructions for speeding up the matter and regularize the contractual Lecturers, who are observing chain hunger strike for the 675 days. 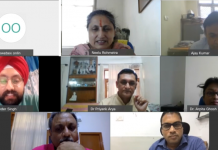 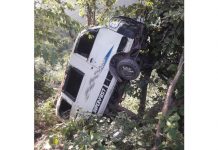 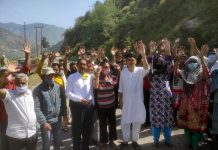 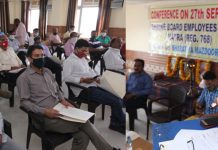 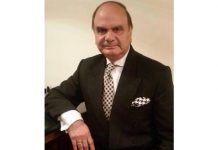 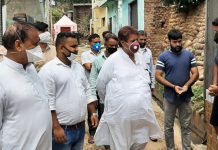 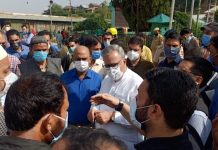 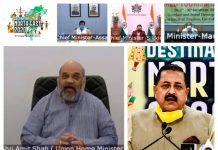 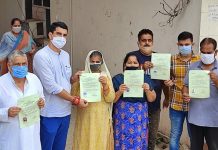 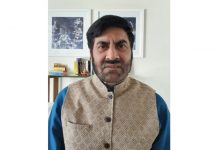 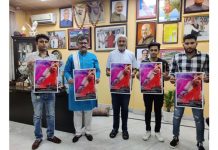 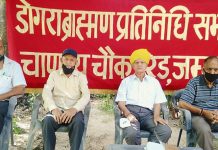