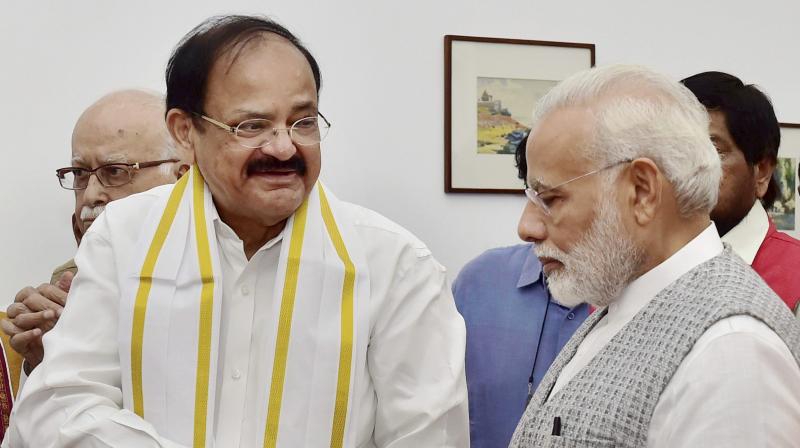 Sources described it as a courtesy call.

Modi was Saturday appointed prime minister by President Ram Nath Kovind after he was unanimously elected NDA parliamentary party leader at a meeting in which he asked coalition members to work without discrimination, stressing on the need to win the trust of minorities.

In the general election, he led the BJP-led NDA to a landslide victory with the alliance winning 353 seats, including an unprecedented 303 by the BJP. (AGENCIES)