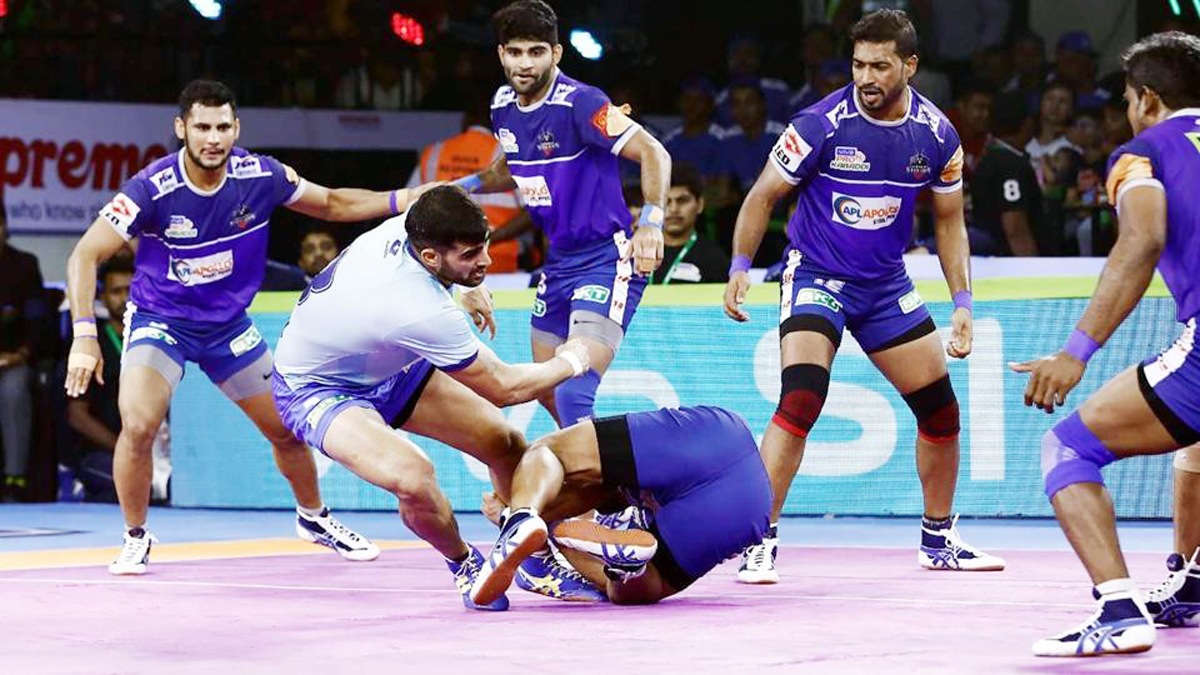 PATNA: The Haryana Steelers played their heart out, but went down 28-35 to the Tamil Thalaivas in the Pro Kabaddi League in Patna on Sunday.

Vikash Kandola bolstered the Haryana team after making a return to the side, but the Thalaivas found a way to maintain their lead in the last few minutes of the match.

The Haryana Steelers got off to a great start through fantastic raids by Kandola and Naveen in the opening minutes of the match.

Vinay pulled off a brilliant raid point in the sixth minute and Sunil scored a tackle point in the next minute which helped Haryana take a four-point lead.

Kandola widened the gap between the two teams when he helped Haryana carry out an all out of the Tamil Thalaivas team in the eleventh minute. (AGENCIES)