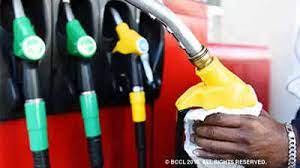 NEW DELHI, Oct 2: Petrol and diesel sales in India jumped in September as economic activity picked up with the nearing festival season and the ending of the monsoon raised the demand, preliminary industry data showed.
Petrol sales soared 13.2 per cent to 2.65 million tonnes in September when compared to 2.34 million tonnes of consumption in the same month last year. Sales were 20.7 per cent higher than Covid-marred September 2020 and 23.3 per cent more than pre-pandemic September 2019.
Demand was, however, 1.9 per cent lower than the previous month of August 2022.
Diesel, the most used fuel in the country, posted a handsome 22.6 per cent rise in sales in September to 5.99 million tonnes when compared to the same month last year. Consumption was up 23.7 per cent over September 2020 and nearly 15 per cent higher than pre-Covid 2019.
The fuel, which had seen a near 5 per cent drop in sales in August when compared to the previous month of July, saw demand rise 1.3 per cent month-on-month.
Industry sources said the ending of monsoon rains in most parts of the country and a pick up in agriculture season led to a rise in diesel demand. Rains usually restrict mobility and demand from the farm sector, which uses diesel in irrigation pumps and trucking.
Also, the approaching festival season led to a pick-up in economic activity and a rise in demand.
Auto fuel sales had dipped in July and August owing to the monsoon and reduced demand. This dip had come after a surge in June that was supported by increased summer travel to colder areas of the country to escape from the heat and vacations during annual breaks at educational institutions.
As the aviation sector opened up, India’s overall passenger traffic at airports inched closer to pre-Covid-19 levels.
Accordingly, jet fuel (ATF) demand jumped 41.7 per cent to 5,44,700 tonnes during September when compared to the same month last year. It was 81.3 per cent higher than September 2020 but nearly 12 per cent lower than pre-Covid September 2019.
The sources said while domestic air travel is back to pre-Covid levels, international traffic is lagging because of continued restrictions in some countries.
With strong economic growth of 7 per cent, India’s oil demand has been rising steadily since the country eased pandemic lockdowns.
Cooking gas LPG sales were up 5.4 per cent year-on-year at 2.48 million tonnes in September. LPG consumption was 9.3 per cent higher than in September 2020 and 14.9 per cent more than in September 2019.
Month-on-month, the demand was up 4.26 per cent when compared to 2.38 million tonnes of LPG consumption during August, the data showed. (PTI)