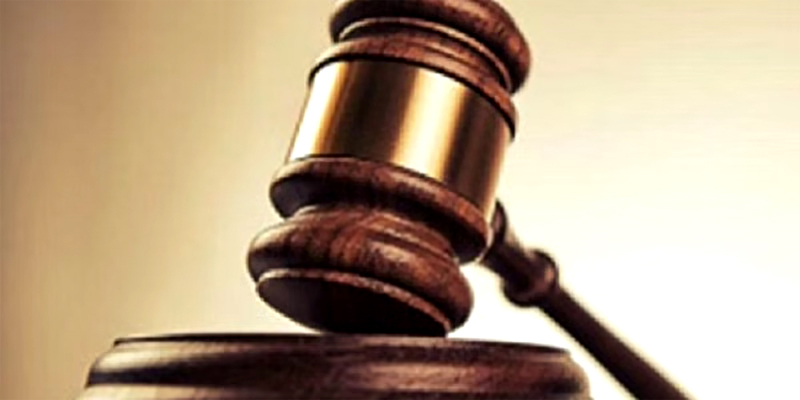 HC directs J&K Bank to go ahead with fresh exercise

Excelsior Correspondent
SRINAGAR, Mar 22: While dismissing the petition challenging the cancellation of selection process of Probationary Officers (POs) and Banking Associates (BAs), High Court has directed the J&K Bank to go ahead with the fresh selection process initiated in terms of the impugned Advertisement Notice.
The petitioners are stated to have offered their candidature for the post of Probationary Officers and Banking Associates sought to be filled up by the respondents in terms of Notification No. HRD-Rectt-2018-1564 dated 06.10.2018 and subsequently participated in the selection process.
Before the selection list could be issued the respondents issued a notice dated 15th April, 2020, cancelling the whole selection process. Subsequent thereto, an Advertisement Notice Ref No. JKB/HR-Rectt-2020-27 & 28 dated 01.06.2020 was issued by the respondent bank inviting applications from the desirous candidates for the posts of Probationary Officers and Banking Associates.
The petitioners are aggrieved of the notice dated 15th April, 2020, cancelling the selection process and of the Advertisement Notice Ref No. JKB/HR-Rectt-2020-27 & 28 dated 01.06.2020, advertising the posts of Probationary Officers & Banking Associates therefore seeking quashment on the ground that no reasons have been disclosed by the bank while issuing the impugned notice dated 15th April, 2020.
“The failure of respondents to give reasons in support of their decision amounts to denial of justice and agency which conducted the online examination in question has a reputed track record therefore the cancellation of the process does not appear to be bonafide”, the petitioners submitted.
After hearing Senior Advocate Jahangir Iqbal Ganai with Advocate Humaira Shafi for the petitioners whereas Advocate General D C Raina with Government Advocate Sajjad Ashraf and Senior Advocate Sunil Sethi with Advocate Navyug Sethi for the respondents, Justice Ali Mohammad Magrey observed, “petitioners have taken a positive stand in their writ petitions which was reiterated by their senior counsel while making submissions that no vested right of selection/ appointment is created in favour of petitioners merely because they participated in the selection process, however, they question the cancellation on the ground that the infirmities or irregularities, if any, in the selection process in question could have been set right by some other administrative means, therefore, the cancellation done was unreasonably”.
“This stand of the petitioners itself takes care of the first question that the petitioners are not clothed with any right much-less an indefeasible right to seek selection/ appointment against a post which initially had been advertised by the respondents and subsequently withdrawn/ scrapped or cancelled”, Justice Magrey said, adding “therefore, it is held that the petitioners are not having any indefeasible right to seek continuation of the selection process which stood cancelled”.
High Court further observed, “as far as the authority of the respondents to cancel the selection process is concerned, this aspect also stands literally admitted by the petitioners that the respondents had the authority to cancel it but their contention is that it was unwarranted as the defects, if any in the selection process, could have been cured by some other administrative means”.
“The stand of the respondents that the recruitment process in question has gone wrong from its very inception is substantiated by the records. The bank had gone wrong when it construed the district-wise requirement as district-wise recruitment. It further went on to frame a merit list district-wise, meaning thereby that the conception of one unit policy which is followed in the respondent bank has been flouted with impunity in the recruitment process”, High Court said, adding “this irregularity might have had the scope of correction but the respondent bank had gone further wrong in not offering reservation in the whole process which certainly was incurable, therefore, the bank was left with no option but to initiate a process ab-initio”.
“This is so because the district-wise merit list could have been redrawn by issuing a corrigendum etc but insofar as the reservation aspect is concerned, it could not have been set right midway as the allocation of the seats was done and if at all the bank could have tried to offer reservation to the posts that would have resulted in chaos as many of the candidates who could have otherwise figured in the selection list would have seen exit”, the High Court said, adding “such action was also very likely to be litigated and the respondent bank in such situation would not have been able to justify its action”.
“The respondents, therefore, had no option but to cancel the whole exercise and go for a fresh one which they did. In this view of the matter it is held that the respondents had the authority to cancel the whole selection process rather than for going to rectify the wrong by keeping the process intact”, Justice Magrey said, adding “it needs no reiteration that since the selection process had not been completed the petitioners have no right to dispute the decision of the respondents to go for a denovo exercise”.
“It is beaten law of the land that a job aspirant does not have any right to seek appointment even if his name figures in the select list. In the present case, however, the selection process had not even culminated; therefore, the challenge laid to the impugned action of the respondents is impermissible”, the High Court said.
With these observations, the High Court dismissed the petition and directed the respondents to proceed ahead with the fresh selection process initiated in terms of the impugned advertisement notice.