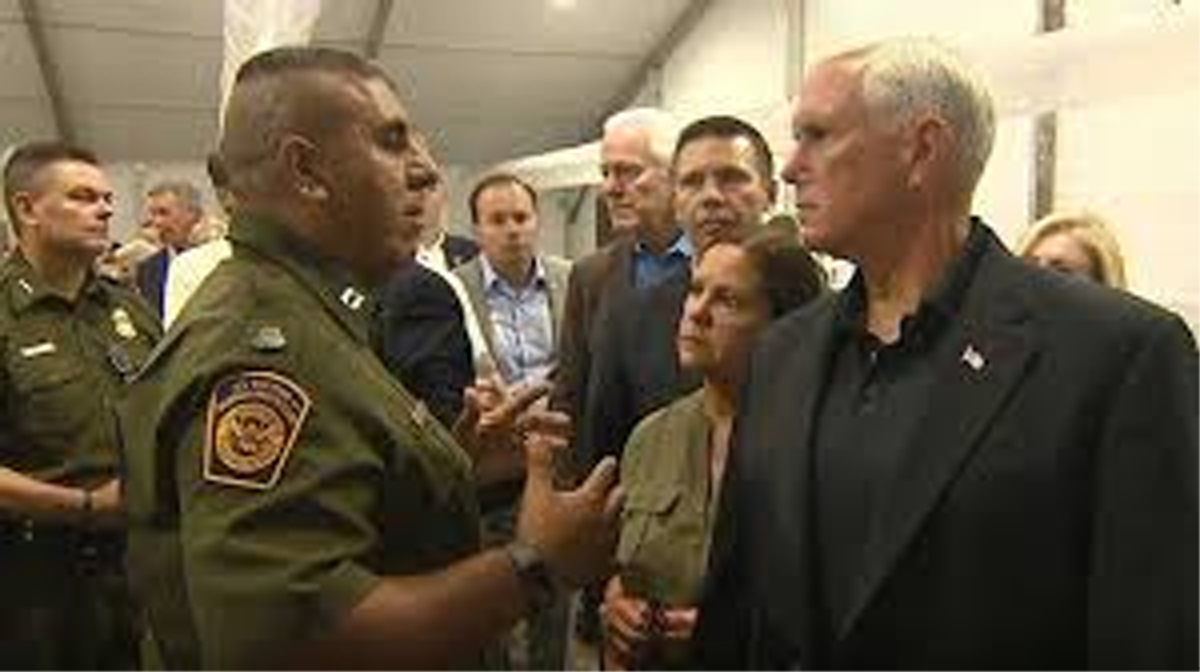 WASHINGTON, July 12: Acknowledging “this is tough stuff,” Vice President Mike Pence says he was not surprised by what he saw Friday as he toured a Texas Border Patrol station, where hundreds of men were being kept in cages with no cots amid sweltering heat.

Pence said later, “I knew we’d see a system that was overwhelmed.”

When detainees saw reporters arrive, many began shouting, saying they had been there for 40 days or more and they were hungry and wanted to brush their teeth.

The press pool covering the vice president was pulled out within 90 seconds.

Pence says he has pushed for more federal spending to deal with the situation. (AGENCIES)