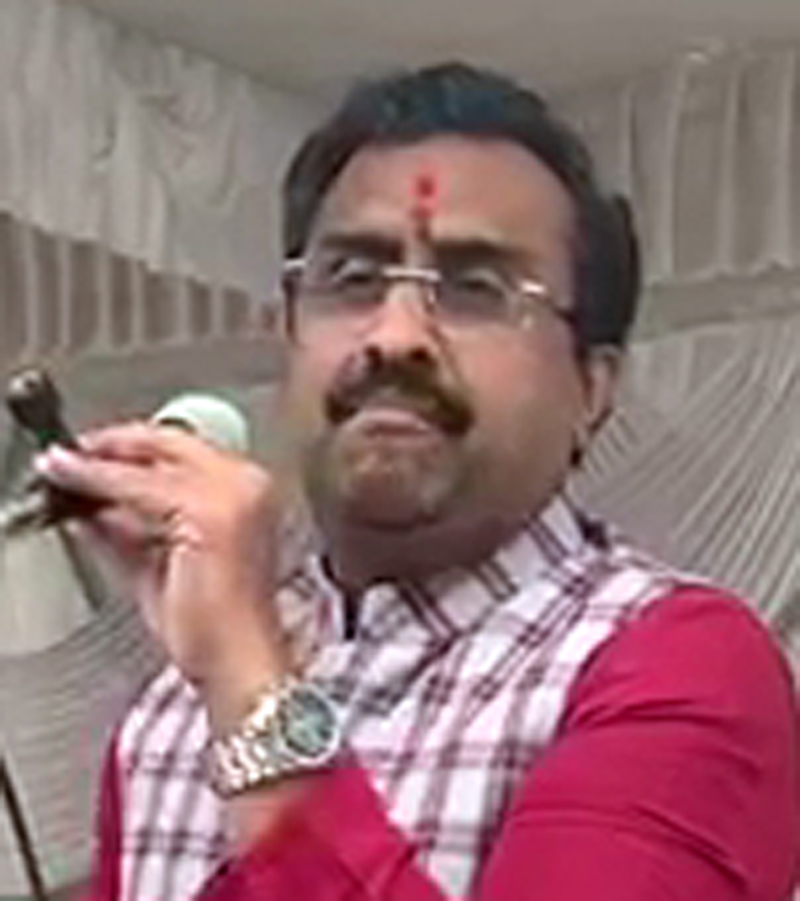 SRINAGAR, Aug 1: Bharatiya Janata Party (BJP) general secretary, Ram Madhav, today said that peace in Kashmir will only come when terrorism along with reason behind ends.
Speaking at a party rally in Balhama area on the outskirts of Srinagar, the BJP general secretary said that Government at Centre is trying to tackle the root cause of terrorism.
“For peace to prevail in Kashmir, terrorism should end along with the reasons behind it. That is the reason that the present Government at Centre is trying to tackle the root cause of terrorism in Kashmir”, he said. Click here to watch video
Without naming any politicians, Madhav said that youth of Kashmir pick up arms as the local politicians talk of guns, bullets and bombs. “The youth in Kashmir pick up arms due to the local politicians who talk about bullets and bombs during unfavorable political situations”, he said.
Cautioning people of not falling prey to the designs of the separatist leaders in Kashmir, the BJP leader said that these leaders support separatism to push poor kids into militancy and send their wards to foreign universities.
“People who openly support separatism sent their kids to foreign universities for education and push the poor kids of the Valley into terrorism. In this way, they ruin their careers”, he said.
Madhav said that Government will act tough against politicians who support separatists and their politics.”The Government has taken initiatives to act tough against politicians who support such people and politics here”, he said.
The BJP leader said corruption is one of the reasons of dissatisfaction among masses. “Another reason for dissatisfaction among the masses is corruption. Kashmir gets lots of money every year from Centre but that do not reach people because of some ruling families who gobble all the money”, he said.
Madhav said that some ruling families have siphoned off the money and it has not reached to the common masses. He said that Centre will act tough against corrupt people in the State.
The BJP leader sad that Balhama area has sent example for communal harmony in Kashmir. “This place (Balhama) has set an example of communal harmony and brotherhood as lots of Pandit families are living happily here”, he said.
Madhav said that his party’s resolve is to bring back Kashmir to its past glory.”Our resolve is to bring back the time when Kashmir used to be the place where people of all faiths used to live happily like a bouquet. The situation which forced the Pandit brothers to live like refugees in their country should not continue for long”, he said.