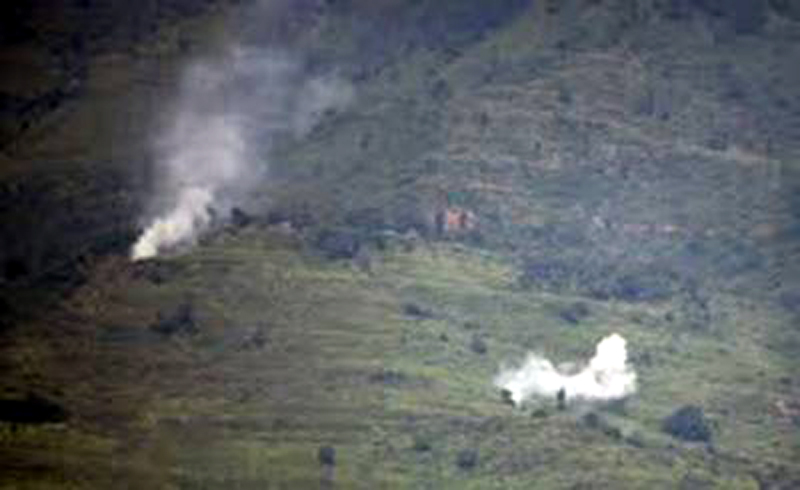 JAMMU, Oct 9: The Pakistan army overnight opened fire and lobbed mortars at Balakote and Krishnagati sectors along the LoC in Poonch district, triggering panic among border dwellers.
Officials said the Indian Army gave a befitting reply resulting in exchanges. The firing triggered panic among border residents.
The Pakistani army has violated ceasefire more than 2,050 times this year in which 21 Indians have been killed.
No casualties or damage was reported on the Indian side.
Meanwhile, two live mortar shells, fired by Pakistani troops on civilian hamlets along the Indo-Pak border during a ceasefire violation, were recovered and defused in Kanachak sector today.
The security forces were informed about the presence of the shells, fired by Pakistani troops, by the people of Goolpattan along Indo-Pak border in Kanachak belt, reports said.
The shells were recovered and defused by the troops safely, thereby averting a tragedy.
Troops also recovered and defused another mortar shell near Chenab river at Kavada village in Akhnoor sector, they added.