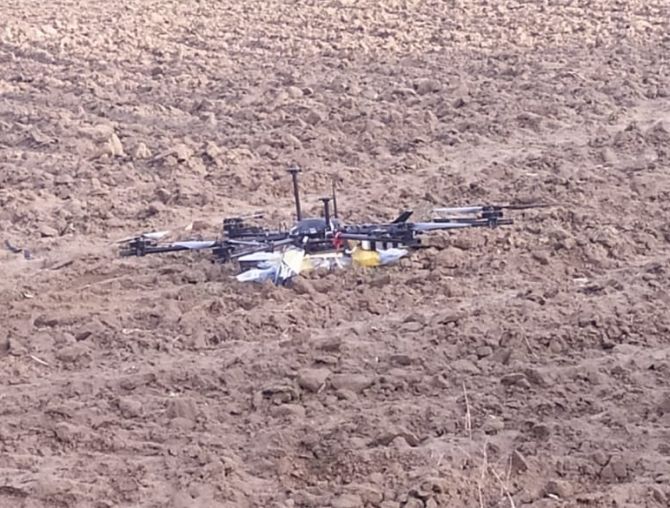 JAMMU : A Pakistani drone was shot down by the Border Security Force along the International Border in Kathua district of Jammu and Kashmir on Saturday, officials said.
The drone was spotted hovering in the skies by a BSF party on patrol duty in the vicinity of Border Out Post Pansar around 5.10 am, the officials said.
They said the BSF personnel fired about nine rounds and shot down the flying object 250 metres inside Indian territory.
Senior BSF and police officers have rushed to the spot and further investigation is on.
Meanwhile, the officials said Pakistani rangers fired a few rounds on Babiya post in Hiranagar sector around 8.50 am. There was no retaliation by the BSF guarding the IB, they said, adding the situation is being monitored closely. (AGENCIES)