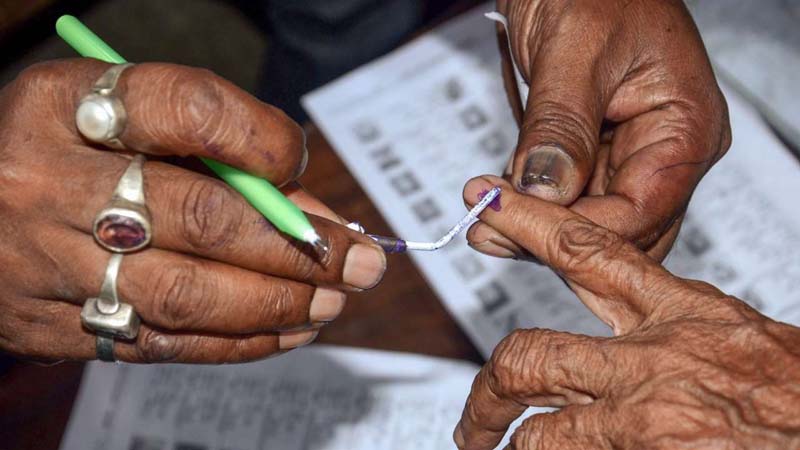 Lucknow, Feb 10: Over 60 per cent voter turnout was recorded in the first phase of polling held today across 58 Assembly constituencies in 11 districts of Uttar Pradesh.
Polling closed at 6 pm following a one-hour extension because of COVID-19 protocols. The day passed off peacefully with minor technical snags in EVMs at some places, Election officials said.
Additional Chief Election Officer (ACEO) B D Ram Tiwari said, “There were reports of a technical error in EVMs at some places.” Those EVMs were being replaced as the reports came in, he added.
On the Samajwadi Party’s allegation that poor voters were not allowed to exercise their franchise in Dundukheda village in the Kairana Assembly constituency, Tiwari said the District Magistrate concerned was asked to look into the matter.
Agra recorded 60.33 per cent polling, Aligarh 60.49 per cent, Baghpat 61.35 per cent, Bulandshahr 60.52 per cent, Gautam Buddh Nagar 56.73 per cent, Ghaziabad 54.77 per cent, Hapur 60.50 per cent, Mathura 63.28 per cent, Meerut 60.91 per cent, Muzaffarnagar 65.34 per cent and Shamli 69.42 per cent, an EC report said.
During the 2017 Assembly elections, 63.47 per cent polling was recorded in these constituencies, the report said.
As many as 623 candidates, including 73 women, are in the fray in the first phase, State EC officials said.
State Ministers whose fate will be decided in this phase include Shrikant Sharma, Suresh Rana, Sandeep Singh, Kapil Dev Agarwal, Atul Garg and Chowdhury Lakshmi Narain.
In 2017, the BJP had bagged 53 of the 58 seats in the region, while the Samajwadi Party and the BSP had got two seats each. One seat had gone to the Rashtriya Lok Dal. (PTI)