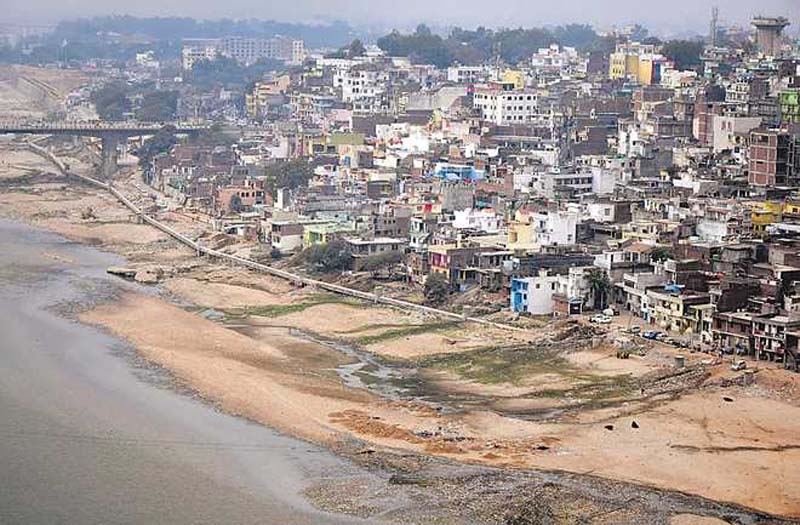 *3 proposals gathering dust in files, no focus on Zonal Plans

Mohinder Verma
JAMMU, Oct 20: In a testimony of absolute non-serious approach towards planned development, the Government has prepared Master Plans only for two towns and one city of the Jammu region while as three proposals are gathering dust in the official files of the Housing and Urban Development Department during the past quite long time.
Moreover, there is absolutely no focus on preparation of Zonal Development Plans of the already approved Master Plans despite the fact that planning at the Zone level is imperative to achieve the objectives behind formulation of long-term planning document.
Official sources told EXCELSIOR that after inordinate delay the Housing and Urban Development Department has prepared Master Plans for Jammu, Udhampur and Katra only although long term planning document is imperative in respect of all other towns to guide future growth and development.
The Jammu Master Plan-2032 was approved in the month of February 2017 by the then Government of the erstwhile State of Jammu and Kashmir while as Master Plan of Udhampur was notified in the month of March 2017, almost three years after setting into motion an exercise in this regard. Similarly, the Katra Master Plan-2031 was approved in the month of March 2016 by the then State Administrative Council.
As per Jammu and Kashmir Development Act, 1970 under whose provisions the Master Plan is prepared, Zonal Development Plans are required to be prepared by the concerned authorities so as to achieve the objectives behind formulation of long-term planning document.
“Simultaneously with the preparation of the Master Plan or as soon as may be thereafter the authority concerned shall proceed with preparation of a Zonal Development Plan for each of the zones into which a local area may be divided and shall propose a date or dates from which development plan of each zone shall operate”, read the relevant provisions of the Jammu and Kashmir Development Act.
The Zonal Development Plan may contain a site-plan for the development of the zone and show the approximate locations and extents of land uses proposed in the zone such as public buildings and other public works and utilities, roads, housing recreation, industry, business, markets, schools, hospitals, public and private open spaces and other categories of public and private uses, the Act further states.
However, several years after the approval of the Master Plan for Jammu, Master Plan for Udhampur and Master Plan for Katra, the Housing and Urban Development Department has failed to get the Zonal Development Plans prepared, sources informed, adding “though exercise for preparation of Zonal Development Plans was initiated albeit after long delay yet the same has not reached the logical conclusion till date mainly because of non-serious approach on the part of those at the helm of affairs in the department”.
How the concerned authorities will ensure implementation of Master Plans in the absence of Zonal Development Plans remains a million dollar question, sources said, adding “those who have been entrusted with the responsibility of implementation of Master Plan raised the issue of formulation of Zonal Development Plan with the senior authorities a number of times but till date there is absolutely no focus on this vital aspect”.
They disclosed that draft Master Plan of Kathua town was prepared after a long drawn exercise and submitted to the Housing and Urban Development Department for approval but during the past more than two and half years the same is lying in the official files in the Civil Secretariat.
Similarly, the draft Master Plan of Rajouri was submitted to the Housing and Urban Development Department for approval around eight months back but till date it has not been cleared for the reasons best known to those at the helm of affairs in the department, sources further informed, adding “the draft Master Plan of Ransoo town, which is the base camp for pilgrimage to Shiv Khori Shrine was also submitted to the higher authorities after completion of objection/suggestion exercise but its approval is still awaited”.
“As far as other towns of the Jammu province are concerned, the exercise vis-a-vis preparation of Master Plan is still in infancy stage”, sources said, adding “all this clearly indicates that planned development of all the towns remains a least priority for the Government otherwise at least draft Master Plans were not gathering dust in the official files”.