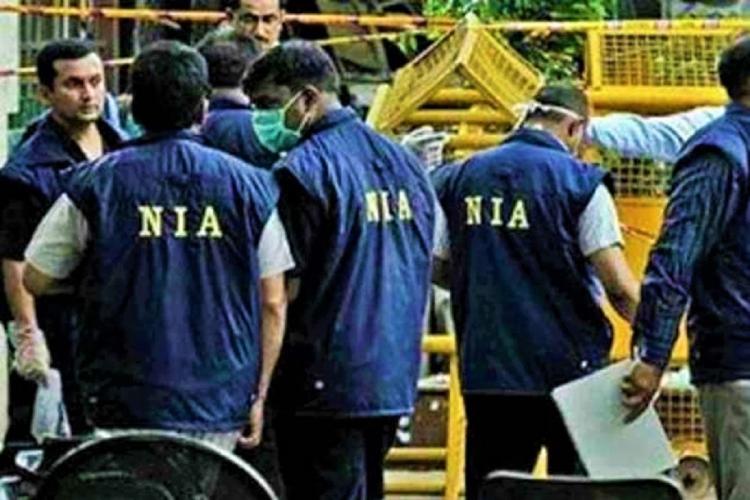 Excelsior Correspondent
JAMMU, Oct 20: The NIA today filed a charge sheet against 10 people, including slain Hizbul Mujahideen commander Riyaz Ahmed Naikoo, for their alleged involvement in smuggling heroin into the country and channelising its proceeds to Pakistan and terrorists based in Jammu and Kashmir, an official said.
The 14,000-page charge sheet was filed before a special NIA court in Mohali under relevant Sections of the IPC, the Narcotic Drugs and Psychotropic Substances Act, the Unlawful Activities (Prevention) Act and the Indian Passports Act.
Hilal Ahmed Shergojri (35) of Pulwama; Bikram Singh (27), Maninder Singh (22), Ranjit Singh (41), Gagandeep Singh (27), Iqbal Singh (24) of Amritsar; Ranjit Singh (42), Jaswant Singh (25) of Gurdaspur; Zafar Hussain Bhat (52) of Anantnag, who is presently in Pakistan; and Naikoo have been named in the charge sheet, the spokesperson of the National Investigation Agency (NIA) said.
Naikoo was killed by the Army earlier this year.
The case pertains to the arrest of Shergojri and recovery of Rs 29 lakh from his possession by Punjab Police on April 25.
The NIA, after taking over the investigation on May 8, found that Shergojri, who had come to Amritsar to collect Rs 29 lakh, was a member of the proscribed terrorist organisation Hizbul Mujahideen (HM) and a close associate of Naikoo, the then HM commander of Kashmir valley, the official said.
This led to the busting of a major narco-terror module involved in smuggling and selling of heroin in India, and channelising of drug-proceeds to Pakistan through hawala and to the Hizbul Mujahideen terrorists based in Jammu and Kashmir, according to the official.
Investigation also unearthed the conspiracy hatched by the Pakistan-based HM commanders and their associates, and terrorist gangs in Punjab to support and augment the terror infrastructure of HM in India by raising money through drug smuggling/drug peddling, the NIA spokesperson said.
During investigation, it emerged that the accused had received at least six consignments of heroin through the Indo-Pakistan border in Attari in the garb of importing rock salt granules from Pakistan, the official said.
Of these, money proceeds of five consignments were partly sent back to Pakistan through hawala operators while a substantial portion was channelised to HM terrorists in Kashmir through a network of overground workers and other associates, the NIA official said.
In July 2019, the 6th consignment of around 532 kg of heroin was seized at Attari border and a separate case was registered. The NIA investigated the case and filed a charge sheet.
During investigation, the NIA carried out searches at 15 locations in Punjab, Haryana and Jammu and Kashmir.
So far, Rs 98.5 lakh, eight vehicles and three kg of heroin have been seized from the accused and investments worth several crores of rupees have been identified.
During searches, incriminating documents relating to benami properties and gadgets, including mobile phones, pen drives and laptops, were seized and forensically examined.
Many incriminating chats between the accused have been recovered from the seized digital devices, the NIA spokesperson said, adding that further investigation in the case was underway.