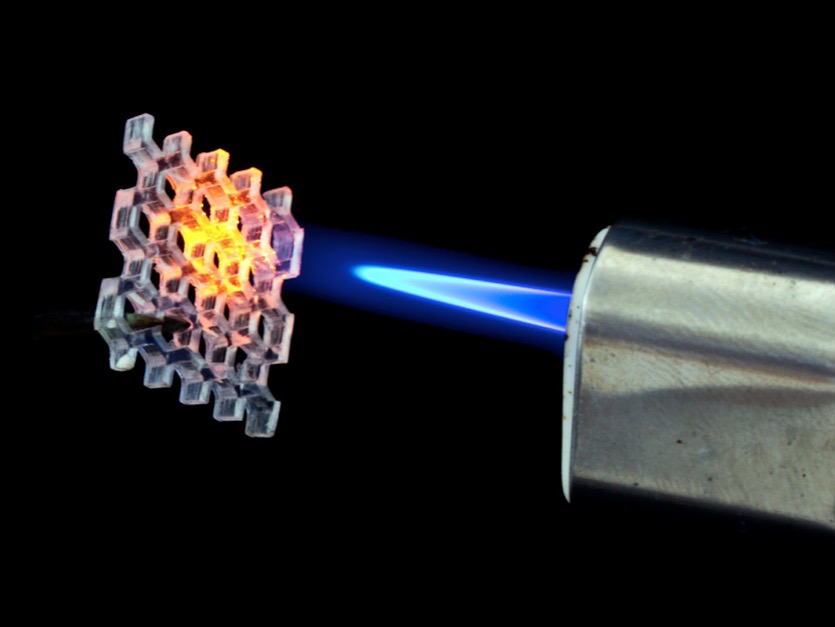 BERLIN, Apr 23: In a first, scientists have developed a way to 3D print objects using glass, an advance that could be used to make very small optical components for complex computers.
Researchers from Karlsruhe Institute of Technology (KIT) in Germany developed a process using glass for additive manufacturing techniques, commonly known as 3D printing.
They mixed nanoparticles of high-purity quartz glass and a small quantity of liquid polymer and allowed the mixture to be cured by light at specific points – by means of stereolithography.
Stereolithography is a form of 3D printing technology used for creating models, prototypes, patterns and production parts in a layer by layer fashion using photopolymerisation, a process by which light causes chains of molecules to link, forming polymers.
The material, which remained liquid, was washed out in a solvent bath, leaving only the desired cured structure.
The polymer still mixed in this glass structure was subsequently removed by heating.
“The shape initially resembles that of a pound cake, it is still unstable, and therefore the glass is sintered in a final step – heated so that the glass particles are fused,” said Bastian E Rapp of KIT.
The variety of 3D-printing techniques available so far have been used on polymers or metals, but never on glass.
Where glass was processed into structures, for instance by melting and application by means of a nozzle, the surface turned out to be very rough, the material was porous and contained voids, researchers said.
“We present a new method, an innovation in materials processing, in which the material of the piece manufactured is high-purity quartz glass with the respective chemical and physical properties,” Rapp said.
The glass structures show resolutions in the range of a few micrometres – one micrometre corresponding to one thousandth of a millimetre.
However, the structures may have dimensions in the range of a few centimetres, researchers said.
The 3D-formed glass can be used, for instance, in data technology.
“The next plus one generation of computers will use light, which requires complicated processor structures, 3D- technology could be used, for instance, to make small, complex structures out of a large number of very small optical components of different orientations,” researchers said.
The study was published in the journal Nature. (AGENCIES)