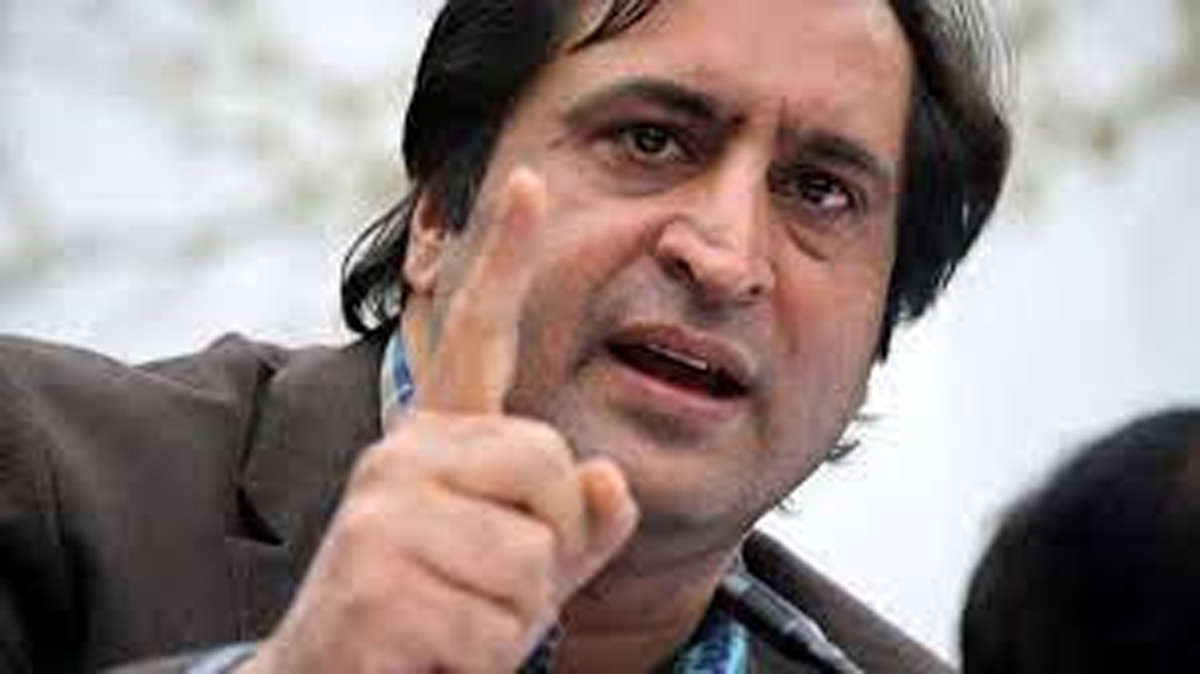 Excelsior Correspondent
SRINAGAR, Dec 22: People’s Conference chairman Sajjad Ghani Lone today accused National Conference of legitimizing the “grossly unfair” proposal of Delimitation Commission by participating in the proceedings, claiming that the recommendation of the panel cannot be challenged before any court of law.
The Delimitation Commission, set up to redraw the assembly seats of the Union Territory, is learnt to have proposed six additional seats for the Jammu region and one for the Kashmir valley in its ‘Paper 1’ discussed with its five associate members – three Parliamentarians of the National Conference (NC) and two of the BJP from Jammu and Kashmir – in New Delhi on Monday.
He said the NC’s U-turn to participate in the Delimitation Commission meeting has “legitimized the grossly unfair delimitaion commission proposal”. “Don’t the people of Kashmir deserve- that 3 MPs should have known that – they will be legitimising the Delimitation Commission, a document- which cannot be legally challenged. Legal legitimacy is constitutionally innate. Political legitimacy (was) bestowed by NC,” Lone said in a statement.
“Will somebody please enlighten them (PAGD). This report cannot be challenged in court. It is legally unchallengeable. Heavens sake. Stop lying through your teeth”, he said.
Lone said the Article 329(a) in The Constitution Of India 1949 (a) the validity of any law relating to the delimitation of constituencies or the allotment of seats to such constituencies, made or purporting to be made under Article 327 or Article 328, shall not be called in question in any court.
“Art 329(a) of Constitution of India bars challenge to delimitation of constituencies or allotment of seats in any court of law,” he said.
“Going by sub- section 2 of section 10 of Delimitation Act, the orders of the Commission have force of the law and shall not be called in question in any court”, he added. (PTI)