JAMMU, Jan 25: Principal Secretary, Horticulture, Agriculture Production and Farmers Welfare Department, Navin K Choudhary, today conducted review meetings to assess progress on Prime Minister’s Formalization of Micro Food Enterprises (PMFME) scheme besides taking stock of disbursal of Agriculture Infrastructure Development Fund (AIDF).
It was briefed that, under PM FME, 17 new and 14 up gradation projects have been identified by Horticulture Department Jammu while these projects for Horticulture Department Kashmir stand at 19 and 10 respectively. In addition, Agriculture Department Jammu has identified 50 new and 15 up gradation projects while their counterparts from Kashmir have identified 5 and 40 projects respectively. The Horticulture P&M J&K has taken up 59 new projects while 57 existing projects have been identified for up gradation.
Navin Choudhary stressed that the purview of ‘One District One Product’ could be relaxed in case any entrepreneur from adjoining districts also want to collaborate with the others to boost production and marketing of any of the identified products. He also directed the directors of agriculture and horticulture departments to identify 2 ‘Master Trainers’ each, for both regions of the Union Territory.
Principal Secretary asked for holding a district level meeting between the Deputy Commissioners, Area Marketing Officers and respective officers within next three days. He also directed for prompt uploading of well formatted project reports and directed HoDs to form a three-member committee to go through each project report and cross check all details therein.
Principal Secretary stressed that the schemes have been formulated for promotion of food processing and allied activities and asked the departments to highlight the schemes through media. He also called for setting up cold storages and milk chilling plants in Jammu region.
Meanwhile, setting up of new infrastructure and transfer of existing infrastructure between various departments and Government bodies was also discussed in the meeting.
Principal Secretary also took stock of upcoming incubation centres, two each at Jammu and Kashmir regions, for the benefit of upcoming enterprises.
Later, Principal Secretary had a detailed review regarding disbursal of loans under AIDF which has been approved by the Central Government to facilitate formal credit to farm and farm processing- based activities which in return will create several job opportunities in rural areas.
Registrar J&K Cooperatives Societies Jammu; Director Agriculture Jammu, Director Horticulture Jammu; Director Horticulture P&M, J&K; Mission Director, JKHPMC Limited; Deputy General Manager NABARD besides Chief Agriculture Officers, Chief Horticulture Officers and various senior officers participated in the meeting while their counterparts from Kashmir participated through video conference.
Earlier, local farmers were also flagged off by Navin Choudhary for a training and exposure visit outside J&K under ATMA 2020-21. 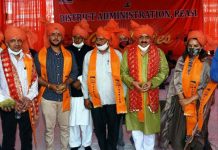 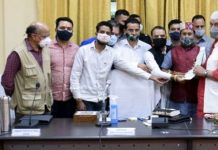 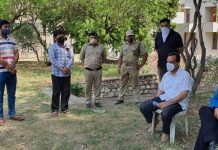 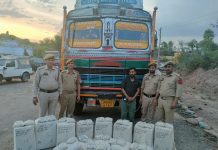 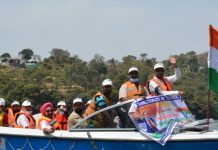 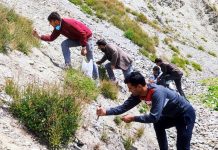 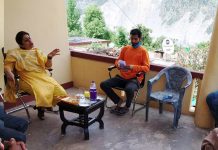 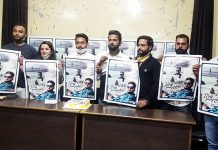 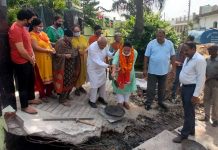