E-Paper
Home sports news Nadal racing to be fit for ATP Finals with No.1 up for... 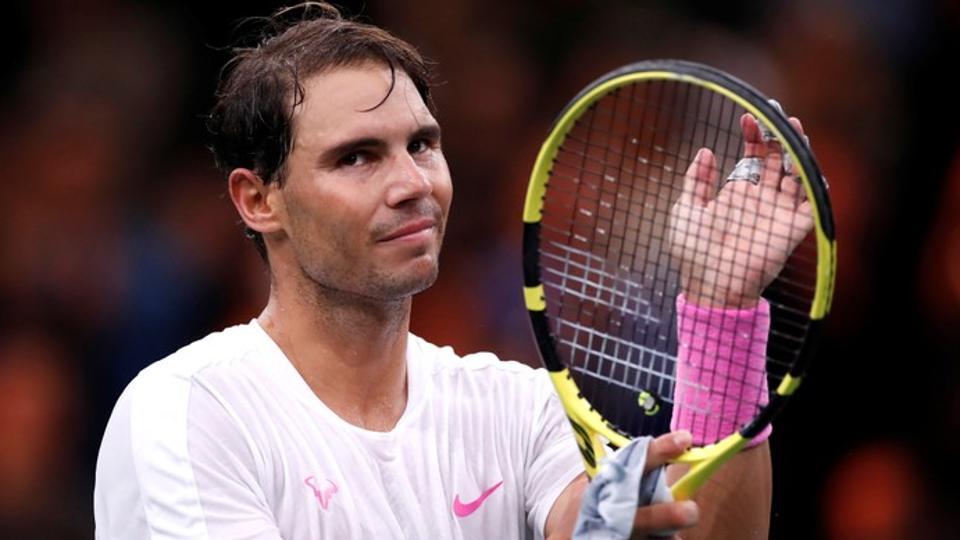 London, Nov 8:
Rafael Nadal is facing a race against time to be ready for the ATP Finals as he battles Novak Djokovic for the year-end number one ranking, admitting he is struggling with his serve.
The 33-year-old said he was happy to be in London after being forced to pull out of last week’s Paris Masters at the semi-final stage with an abdominal strain, but admitted he was not serving at full tilt ahead of his opening match against defending champion Alexander Zverev.
“I need to see how things evolve every single day,” he said. “I have good hopes to be 100 percent ready for Monday.”
Nadal is bidding to clinch the year-end number one spot in the ATP rankings for a fifth time — he is currently 640 points ahead of Djokovic ahead of the season-ending tournament in London, starting on Sunday.
The Spaniard, who has never won the ATP Finals despite his trophy-laden career, dethroned Djokovic from the top of the rankings this week.
He has often struggled with injuries towards the end of the season — missing the ATP Finals last year through injury and pulling out after just one match in 2017. (Agencies)