JAMMU, May 8: BJP leader and former MLC, Vikram Randhawa today demanded a CBI probe into alleged illegal mining activities and operations of the stone-crusher units near the Tawi river.
He reiterated his claim that the Jammu and Kashmir Government has lost a huge revenue due to the “malpractices” of certain officials.
Randhawa, welcomed the setting up of a four-member committee for an in-depth examination of mining activities in the Tawi and a High Court stay on the recovery of fine from the unit holders.
“My allegations of corruption against the Mining Department, Jammu and its officials stand vindicated as the Department has attached one official namely Bharat Bhushan (Head Assistant) to the Office of the Director Geology and Mining Jammu after the Criminal Investigation Department (CID) report that the same is indulged in collection of money”. Randhawa, who is also president Stone Crusher Owners Association (SCOA) said.
Randhawa, showed a copy of the bank transaction from a crusher owner into the account of one of the drivers of the Department. He said that it is a matter of investigation that why this driver forced a crusher owner to transfer Rs 25,000 into his account. “Was he doing it without the knowledge of officers?”, Randhawa questioned.
He said his allegations against the other officials had already been proved after the report of the CID.
In response to a question about the show-cause notice and the defamation suit filed against him, Randhawa said he “lost temper after the unit holders were served notice to pay huge amounts ranging between Rs 50 lakh and Rs 1.25 crore by the Mining Department even as they were closed for 10 months”.
“I have nothing personal against the Union Minister who is not himself involved in corruption. Someone is taking advantage of his proximity with him and I wanted him to take note of it’’.
“I am sorry for using words which I should not have used against anyone but it was an emotional outburst after we were served huge penalties. The High Court has intervened and issued a stay order on the recovery of the fine,” he said.
Randhawa, said he is a senior worker of the BJP and had put forth his point before the party leadership.
“I am a dedicated worker of the party and answerable to it,” he said, adding he is responding to the legal notice served on him by the Union Minister. 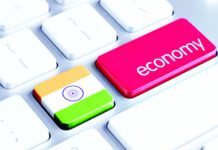 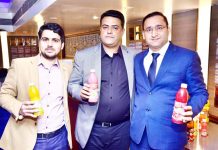 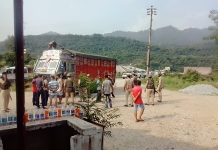 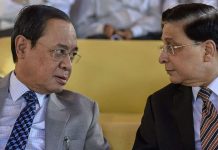