JAMMU, Jan 12: BJP State president and former MLA Ravinder Raina today said that the discourse on Kashmir has now changed completely after the Narendra Modi took the reigns of Government at New Delhi.
Addressing a one day convention organized by Youth All India Kashmiri Samaj (YAIKS) here, today, Raina said earlier Kashmir was in focus due to the weak Governments at Delhi but after Narendra Modi took over the discourse has changed and PoJK has been focus where the atrocities are being committed by Pakistan and its forces day in and day out on the innocent people.
Raina said PoJK is part of India and it is under the forcible occupation of Pakistan and nation is committed by joint Parliament resolution of 1994 to get it liberated from the clutches of Pakistan.
While expressing solidarity with the exiled Pandits, he said Modi Government is committed to their dignified and honorable rehabilitation in Kashmir Valley as per their aspirations. “ We want that the Pandits be settled in such a way in Valley so that they will not face problems again”, he added.
While assuring full support of the party on Kashmiri Hindu Shrines and Temples Bill, Raina, said BJP is committed to it so that the Hindu shrines and temples which are the ancient monuments be preserved. Recalling the role of Pandits, he said they have made immense contribution to Indian aesthetics.
Kashmiri Pandits are ambassadors of the nation all over the globe and where ever they went they kept the National Tricolor unfurled, he said, adding they also unmasked the conspirators against the nation and exposed them. He said as it is the Day of Swami Vivekananda the revolutionary Monk of India and the way he kept Indian Flag up in entire world same way Kashmiri Pandits kept the National Flag up every where in the globe where they went.
He said no one can forget the contribution of Pandits and they carved out a niche where ever they went. Asking the community to remain united, he said it is the time to forget the differences and fight for the common cause. He said the employment package will not be confined to 6000 jobs only but more jobs will be announced by the Government after the return process is set into the motion. Besides, the steps are being taken by the Government to provide accommodation and other facilities to the employees who were appointed under PM package in the Valley, he added.
Raina was the chief guest on the occasion while Dr K N Pandita, Prof A N Sadhu, S K Koul former Commissioner Sales Tax and P L Koul Badgami were the guests of honour. The function was chaired by R K Bhat, president YAIKS.
A large number of displaced youth including men and women attended the programme. The welcome address was made by general secretary YAIKS Sanjay Koul and vote of thanks was proposed by another general secretary Manoj Handoo. The programme was conducted by P K Raina.
On the occasion this year’s Gash Taruk Award was conferred to Prof A N Sadhu, Dr Sushil Wattal and D N Bhat for their outstanding contribution in social field.
In his address R K Bhat sought support and guidance of senior leaders and intellectuals. He demanded comprehensive rehabilitation with hour and dignity in their Motherland Kashmir and urged the Union Government to involve grass root level leaders in preparing the blue print in this regard.
He demanded reservation of three to five percent quota for displaced youth in Central Government departments and educational institutions, one time compensation for over aged youth, separate accommodations to Valley posted migrant employees, protection and restoration of temples and shrines and political reservation to KPs.
Others who spoke include Pran Pandita, Kuldeep Pandita, Ajay Safaya, and Sanjay Ganjoo. 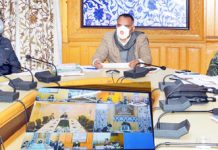 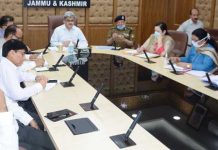 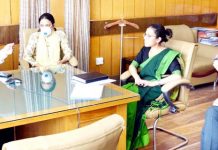 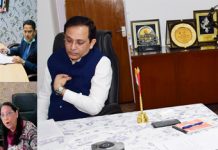 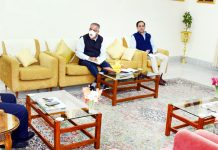 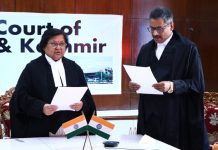 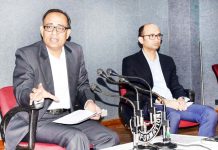 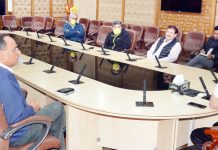 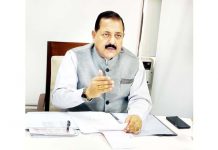 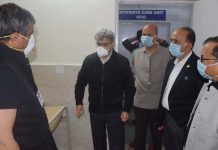 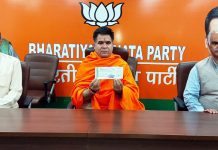 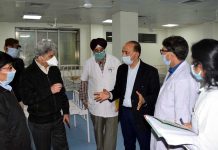