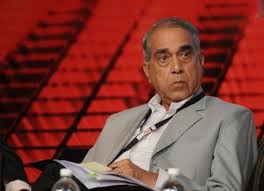 NEW DELHI, June 11:  Nripendra Misra and P K Mishra were today re-appointed as Principal Secretary and Additional Principal Secretary respectively to Prime Minister Narendra Modi with Cabinet Minister rank.
The Appointments Committee of the Cabinet approved both the appointments with effect from May 31, an order issued by the Personnel Ministry said.
Their appointments will be co-terminus with the term of the Prime Minister, it said.
During the term of their office, they will be assigned the rank of Cabinet Minister, the Ministry said. (PTI)