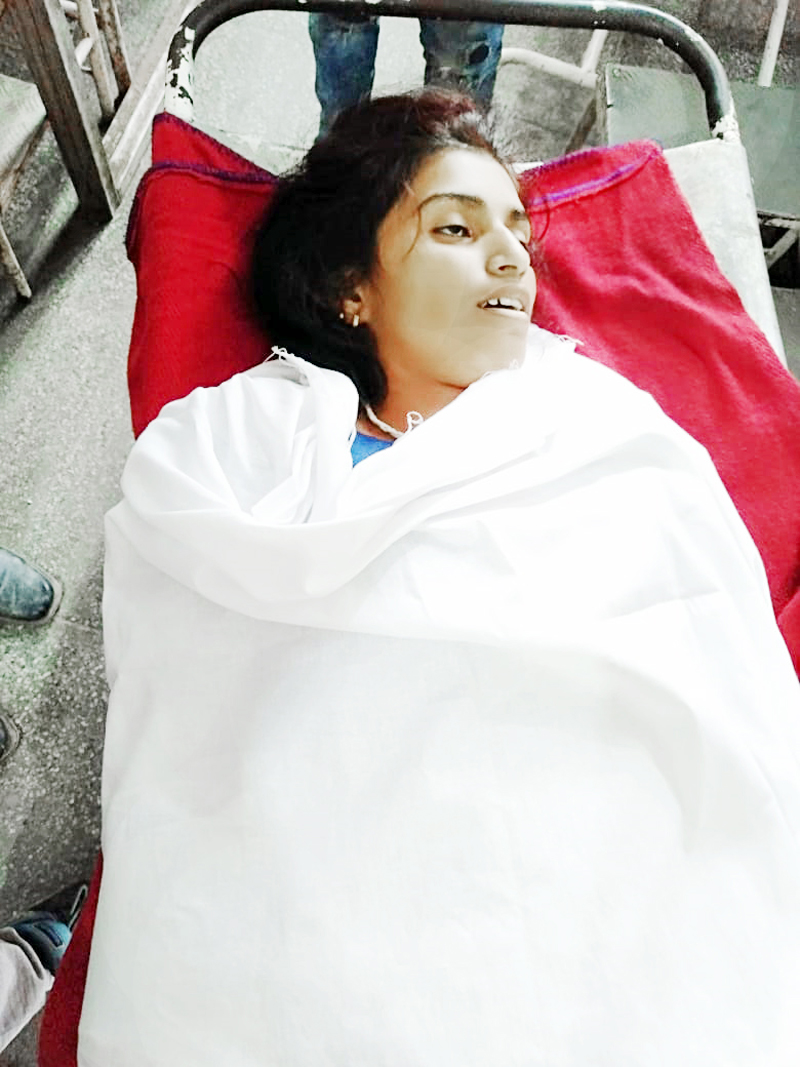 RAJOURI, Aug 13: A villager killed his young wife with knife in Sunderbani area of district Rajouri today.
The police said that incident took place at Baja Bain village, where young house wife, was done to death by her husband merely on the basis of suspicion on her character.
The police spokesman said that one Priyanka Kumari (25 yrs), hailing from Sangroor in Punjab, was married to one Sukhdev Singh (29 yrs), resident of Baja Bain in Sunderbani about five years ago. The couple has a 4-year old child as well.
Today, a clash between husband and wife took place over some issue at home. In a fit of anger, her husband Sukhdev Singh allegedly attacked Priyanka with sharp edged weapon (knife) and inflicted 3-4 wounds in her stomach and then ran away from the spot, leaving her bleeding profusely. She raised alarm and the neighbours rushed there for rescue.
In critical condition, the people shifted her to Sub District Hospital (SDH) Sunderbani, where doctors declared her as dead. After postmortem, and performing legal formalities the police handover the body of Priyanka to her relatives.
The Police came into action and arrested the accused Sukhdev from Sunderbani Chowk and registered a murder case against him. Further, investigation was in progress.

Time to exert more pressure on terrorists, their supporters: DGP