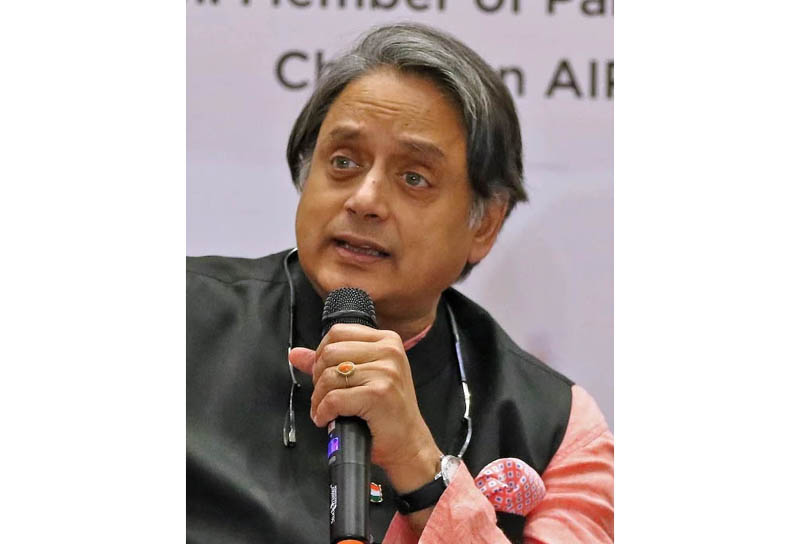 NEW DELHI, Sept 28: Senior Congress leader Shashi Tharoor, who is set to file his nomination for the post of party president on September 30, posted an Urdu couplet which many saw as him alluding to the growing support for his candidature.
“Main akela hi chala tha janib-e-manzil magar log saath aate gaye aur karvaan banta gaya (I began my journey alone, people joined in and the caravan kept on growing),” Tharoor tweeted the lines of famous Urdu poet Majrooh Sultanpuri.
Earlier this week, Tharoor said he has the support of party workers from across the country for his bid to fight the All India Congress Committee (AICC) president polls. He will file his nomination at 11 am.
“You will see the support I enjoy when I submit my nomination paper. I will be in the fray if I get support from party workers from the majority of the states. So many people from different parts of the country have requested me to be in the fray,” Tharoor had said.
The Kerala MP seems set to contest the polls for the top post but it is not clear who will be his electoral rival as the Rajasthan developments have put a cloud over Ashok Gehlot’s candidature.
According to a notification issued by the party on Thursday, the process for filing nominations for the election will be held from September 24 to 30.
The date for scrutiny of nomination papers is October 1, while the last date for withdrawal of nominations is October 8.
The final list of candidates will be published at 5 pm on October 8.
The polling, if needed, will be held on October 17. The counting of votes will be taken up on October 19 and the results will be declared the same day.
More than 9,000 Pradesh Congress Committee delegates will vote in the poll.
The Congress last saw a contest for the party president’s post in November 2000. Jitendra Prasada had lost to Sonia Gandhi in 2000 and prior to that, Sitaram Kesri had defeated Sharad Pawar and Rajesh Pilot in 1997. (PTI)