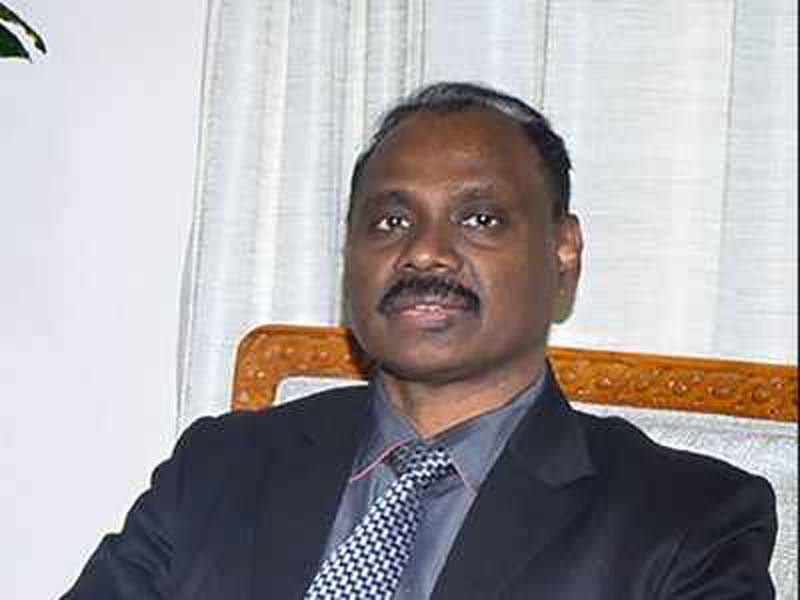 LONDON, July 11: Jammu and Kashmir administration is in the final stages of designing an ambitious industrial promotion policy to attract private investment, Lt Governor G C Murmu said today, as he invited investors from across the globe and assured full support for their interest in the Union Territory.
He also said that the proposed global investment summit in Jammu and Kashmir would be held soon and would be announced once the COVID-19 pandemic is brought under control.
“We are in the final stages of designing an ambitious industrial promotion policy 2020. It will have elements like tax exemption and very attractive land policy…this will be in addition to the incentives to be provided by Government of India through a special J&K Industrial development scheme which is already in play and is currently being revamped,” Murmu said.
Delivering his address at the India Global Week 2020 – a virtual conference being organised in the UK, he said, “We have identified 14 sectors for privatizing our efforts for investment”.
Identifying the sectors including Information Technology, tourism and hospitality, horticulture and post harvest management, agro and food processing, agriculture and milk poultry, processing of handloom, silk and handicraft, healthcare and pharma, medicinal plant, education and skill development, infrastructure and real estate and hydro and renewable energy, the Lt Governor said his government is developing a state-of-the-art infrastructure for industries in the UT.
“We are currently developing two ITs and two ICDs and have identified industrial land,” he said, adding that 6,000 acres of government land, without disturbing agricultural land, across 20 districts will be used to develop state-of-the-art industrial estates.
He said that his administration has put significant efforts in ease of doing business by setting up the single window mechanism to streamline approval for investment.
“J&K is currently ranked number one among the UTs on implementation of reforms. Urban infrastructure, mobility, and communication networks are being upgraded to provide a conducive environment,” he said.
He said Jammu and Kashmir is a global tourist destination and is famous for recreational tourism, which is the second largest after the agriculture sector in the region and around 30 per cent population is directly or indirectly linked to this sector.
Besides having leisure tourism, Jammu and Kashmir has the great potential for adventure, heritage and pilgrimage tourism as well. “To increase the footprints, the government has drawn up a comprehensive policy for their development,” Murmu said.
He said the start-up policy has already been rolled out in the Union Territory for creation of 500 new start-ups besides establishing incubators, innovation and incubation labs. The health sector has been transformed with the opening of seven new medical colleges and the doubling of medical seats in one year.
“The Government is also planning to organise its global investment summit soon. It will be announced once the COVID-19 is under control,” he said.
Extending an open invitation to the investors, Lt Governor said, “I would like to invite you all to participate and visit the region.
“Collaborate with us and help us further refine and further expand our ideas. We will be posting individual officers (for your assistance) and on behalf of the government, I assure you fullest support for your interest in J&K.”
He said it would be the endeavour of the Government to create an ecosystem that will not only propel growth and create employment but will also lead to sustainable development in today’s world.
“The business communities of India and the UK have played a very important role in the development of strategic relationships to synergize various sectors. I urge all of you to engage with J&K on the same synergy for the development of sectors which had remained in economic backwater,” he said.
In an apparent reference to the revocation of the special status to J&K under Article 370 of the Constitution in August last year, Murmu said, “we have removed all regulatory and institutional barriers between JK and rest of India and ushering in one nation one framework in the true sense.”
He said the legal architecture of the regulatory regime prevailing in the rest of the country has been made applicable to J&K.
“This has been done to remove economic barriers, increase investment and facilitate equality in the region,” he said.
Referring to the local bodies elections in 2018, he said a strong grass-root democracy has been set up with the gallant participation of the people at the lowest level of the government in village council and urban local bodies.
“We are reviving the rural economy by pumping in public investment…the last one year saw tremendous achievement in terms of good governance, deliverance, development of infrastructure. Many of the projects which were pending for years together have been either completed or on the verge of completion,” he said.
He said that more than 800 languishing projects of public importance were completed last year.
In addition to the Prime Minister’s vision of inclusive growth, sustainable development and to propel J&K as a growth engine, the J&K government has taken initiatives to transform the region into another investment destination for sustainable development he said.
He added that the UT Government is focused on ensuring a favourable working climate for the industry and has come up with various sector specific policies. (PTI)