Waseem Ahmad
SRINAGAR, June 27: Lack of basic facilities including proper health care, clean drinking water, dilapidated roads are causing immense hardships to the residents of the border area of Tanghdar in North Kashmir’s Kupwara district.
Residents of the area said that the lack of basic facilities is taking a heavy toll on the lives of people. Inhabitants of the villages in this hilly area while expressing anguish over the dilapidated condition of Kupwara-Tanghdar road said that the authorities have turned a blind eye towards its repairing.
The 80 kilometer long Kupwara-Tanghdar road gets blocked every year in winters due to accumulation of 15-20 feet of snow at Sadhna Pass, which is more than 11000 feet above the sea level.
Abdul Rahim Mir, a resident of Tanghdar said that the area is being closed for six months in winters due to non-availability of road and till date large numbers of people died as they were not able to reach to the hospital. “We are fed up with frequent blockade of the only road link with rest of the Kashmir during winters due to which we suffer immensely. We are craving for a simple tunnel at the Sadhna Pass from past so many years. The construction of a tunnel is the best option to ensure round the year connectivity to this hilly area but authorities often neglect this issue,” he said
Mir said without the proper road connectivity dead bodies were literally dragged from Srinagar to their native villages. “Due to the blockade of roads in winters, we are not able to shift the serious patients for specialized treatment to hospitals in Srinagar as a result most of these patients die in their homes or on their way to the hospitals. On the Sadhna Pass, threat of shooting stones and avalanches often trigger during the bad weather in winters and thousands of people died in the accidents there. We literally dragged the people who got killed in the accidents and were stuck in the snow towards their native villages,” he said
Another resident, Ghulam Mohammad alleged that the area sans proper health care facilities and they are forced to visit private clinics or other hospitals, spending huge amount of money for better treatment.
He alleged that the Sub-District Hospital (SDH) Tanghdar lacks basic facilities including medicines, availability of doctors, theatre facilities, cleanliness etc. “The condition of hospital is very bad. There are no doctors available in the hospital and the expecting mothers are to be shifted to the hospitals of Srinagar by hiring private cabs who charge almost Rs 6000  to us,” he said.
The residents also alleged that there are no essential commodities available on the Government stores in the area and they have to procure the basic items like Rice, Flour, Sugar etc from private stores on huge prices.
Another resident, Abdul Razak, said that the area sans clean drinking water as well and they have to drink water from wells or streams which is unhealthy.
Deputy Commissioner, Kupwara, Khalid Jehangir said that the Roads & Buildings department (R&B) had written to the authorities about the problems faced by the people on Kupwara-Tanghdar road and demand of Sadhna tunnel but they are yet to receive any communication. “A proposal has been sent to the authorities about the Sadhna Tunnel and repairing of the road but we are yet to receive any communication. As soon as any communication comes, the work will be started,” he said.
Regarding the other issues like less quantity of commodities in Government stores, clean drinking water and proper health care, he said: “The allegations are not true as adequate quantity of supplies are being supplied on the stores according to the population of the area and the other issues of drinking water facility and health care system would be taken care of as soon as possible.” 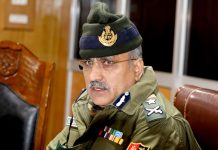 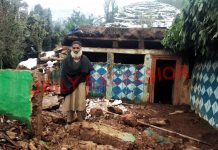 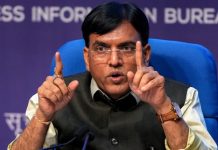 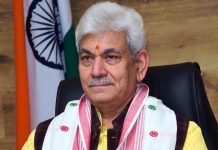