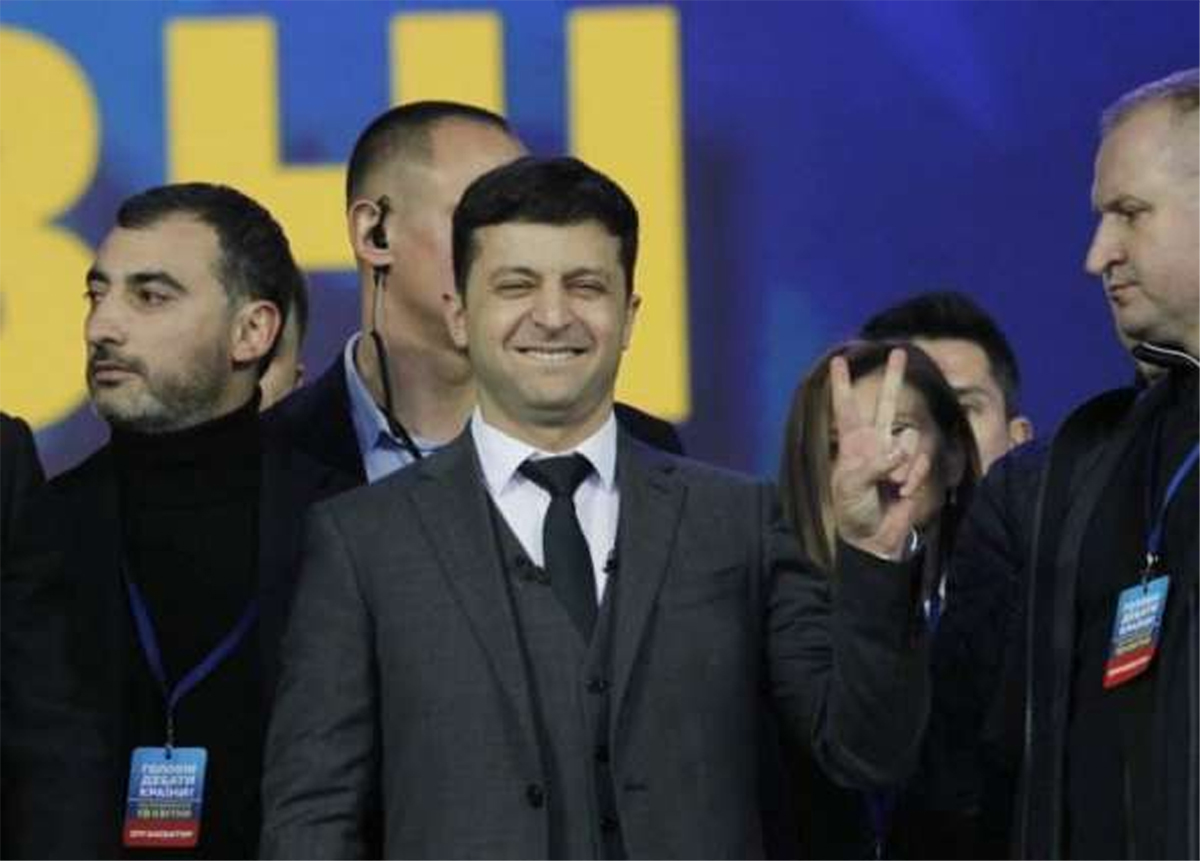 KEIV, Apr 21: Kiev’s Sixth Administrative Court of Appeal rejected on Sunday the lawsuit that called to disqualify Volodymyr Zelenskiy as Ukrainian presidential candidate.
“To reject the administrative lawsuit … against presidential candidate Zelenskiy on establishing the fact of bribing voters and on the request to cancel the candidate’s registration for the presidential post,” the judge read the ruling, as aired by Hromadske.TV broadcaster.
The court ruled that Zelenskiy’s calls to acquire tickets for his debate with his rival in the election race, incumbent Ukrainian President Petro Poroshenko, could not be qualified as “vote buying.”
Moreover, the court ruled that Zelenskiy’s calls to register in order to get free tickets could not be qualified as election campaigning.
The court ruling can be appealed in the Supreme Court of Ukraine. If no appeals are filed, the court ruling will come into force in 30 days.
A representative of Zelenskiy’s campaign team said that the team considered the ruling reasonable and was not going to appeal it.
“We consider the ruling legal and reasonable, and we will not appeal it,” the representative said, as aired by Hromadske.TV.
The plaintiff ? Andrii Khilko, a lawyer and an election observer on behalf of the Ukrainian Shareholders Association ? claimed that Zelenskiy had violated the law on Ukrainian presidential election by posting on Facebook a notice calling on people to start booking free tickets to his debate with Poroshenko, which was held on Friday. Khilko said that Zelenskiy had bribed voters.
The first round of the Ukrainian presidential election was held on March 31 and resulted in none of the candidates gaining the majority needed to win the race. The runoff between Zelenskiy and Poroshenko is scheduled for Sunday.
According to opinion polls, Poroshenko is supported by around 25 percent of voters, while Zelenskiy enjoys support of around 70 percent of Ukrainians.
(AGENCIES)