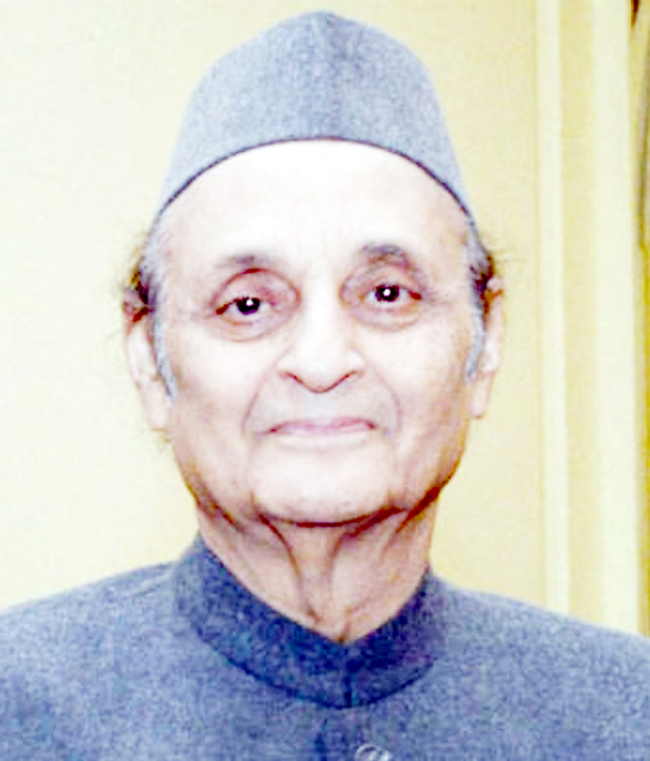 Nishikant Khajuria
JAMMU, July 8: Stating that a month was wasted in pleading with Rahul Gandhi to take back his resignation, veteran Congress leader and former Sadar-e-Riyasat Dr Karan Singh has suggested installation of four Working Presidents or Vice-Presidents of the party, one each for the four zones.
Dr Karan Singh has strongly urged the Congress Working Committee to meet without delay perhaps under the chairmanship of the former Prime Minister Dr Manmohan Singh and take necessary decisions for avoiding further delay.
“These would include an Interim Congress President until the next party elections, and in my view, four Working Presidents/Vice-Presidents, one each for the four zones-North, South, East and West,” he explained in a statement adding that this would enable the introduction of younger people into positions of authority.
Expressing his concern over much delay on putting in place alternative structure in the party following resignation of Rahul Gandhi, Karan Singh stressed that the negative cycle must be reversed before it is too late. “The longer the present uncertainty remains, the more will our workers and voters around the country be demoralized,” he cautioned.
Karan Singh said as someone who had joined the Congress in 1967, over half a century ago, he was aghast to see the confusion and disorientation into which the party has fallen since Rahul Gandhi resigned on May 25.
“Instead of honouring his (Rahul Gandhi) bold decision, a month was wasted in pleading with him to take back his resignation which, as a man of honour and integrity, he should not have been pressurized to do so,” he said noting with concern that even after the lapse of six weeks, no alternative structure was in place.
Karan Singh’s statement has come as Mukul Wasnik and Mallikarjun Kharge emerged as front runners for Congress President’s post while the party insiders say that Congress is weighing the possibility of three young vice presidents like Sachin Pilot, Jyotiraditya Scindia and Milind Deora.
The Congress Working Committee, the highest decision-making body of the party, is expected to meet this week to take a call.
Rahul Gandhi last week posted what could best be described as a public resignation letter, making it clear that he was firm on quitting as Congress president for the sake of accountability, after the party’s national election defeat. He had resigned on May 25, days after the Congress finished with 52 seats in the national election, pulverized by Prime Minister Narendra Modi’s BJP which won a giant mandate to remain in power. Calling for radical transformation of the Congress, Rahul Gandhi said he had asked party leaders to pick his successor and he would have no role in the selection.
For weeks, several Congress leaders have pleaded with Rahul Gandhi to change his mind, without luck.
The Congress is looking at a non-Gandhi president for the third time in its long history, that too at a time the entire Gandhi family is in politics — besides Rahul Gandhi, his mother Sonia Gandhi and his sister Priyanka Gandhi Vadra.
Since Rahul Gandhi’s resignation, several other Congress leaders have followed. Yesterday, Jyotiraditya Scindia quit as Congress general secretary and Milind Deora as Mumbai Congress chief.