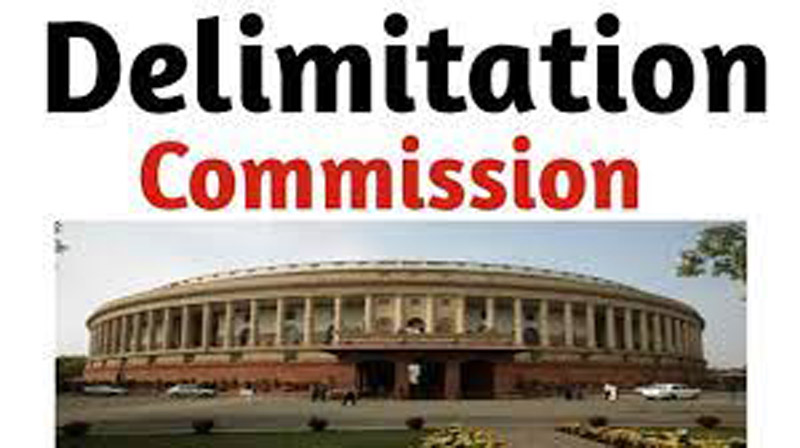 UT likely to have around 83 lakh electorates

Sanjeev Pargal
JAMMU, Nov 24: Final electoral rolls of Jammu and Kashmir after nearly five months long revision exercise undertaken after a gap of three years will be published tomorrow amid indications that increase in voters was “around seven lakh” which will take total number of electorates in the UT to 83 lakh.
“Nearly five months long exercise for revision of electoral rolls undertaken after completion of Delimitation Commission report in Jammu and Kashmir which allotted 47 Assembly seats to Kashmir division and 43 to Jammu region has been completed. The final electoral rolls will be published tomorrow,” official sources told the Excelsior.
All 20 Deputy Commissioners in Jammu and Kashmir had been designated as District Electoral Officers (DEO) for the electoral revision. Nearly 13,000 employees were involved in the hectic exercise. The Election Commission had ordered Special Summary Revision for J&K on July 1.
While exact number of increase in voters will be known tomorrow only after publication of electoral rolls, there were reports that increase has been confined to seven lakh, the sources said.
Jammu and Kashmir had 76 lakh voters when last Summary Revision was undertaken in 2018. And increase of seven lakh voters in last three years is “normal”. During earlier revisions also, there used to be an average increase of two lakh voters every year. Therefore, increase of seven lakh voters is not significant and fear psychosis created by certain political parties that “outsiders” will get voting rights in Jammu and Kashmir has turned out to be wrong.
Significantly, there has been no Chief Electoral Officer (CEO) in Jammu and Kashmir for last two and a half months especially when Special Summary Revision was undergoing in the Union Territory and that too after a gap of three years. It was on September 11 that CEO Hirdesh Kumar, a senior IAS officer of erstwhile Jammu and Kashmir cadre, now AGMUT, was posted as Deputy Election Commissioner in New Delhi and since then his replacement hasn’t been ordered.
Though publication of final electoral rolls is mandatory before conduct of Assembly elections, there are no chances of polls this year as harsh winter season has already set-in and will last till March.
“The Election Commission can take a call in March on when to go for Assembly elections in Jammu and Kashmir. Though conduct of polls is domain of the Election Commission, it has to take into account security situation in the UT like J&K before taking a decision on the polls. The Commission can visit the UT or send its team and take reports from the Union Home Ministry and the J&K Government on whether security scenario was conducive for holding the Assembly elections or not, the sources said.
Summary Revision couldn’t be undertaken in Jammu and Kashmir in 2019 due to August 5 decisions of the Central Government scrapping special status of erstwhile State and bifurcating it into two Union Territories of J&K and Ladakh while during next two years of 2020 and 2021 it was not held because of the Delimitation Commission exercise.
The Delimitation Commission submitted its report on May 5 this year after which rationalization of polling booths was done and later Special Summary Revision exercise was launched in the Union Territory on July 1.
While splitting Jammu and Kashmir into two Union Territories through the Reorganization Act, the Union Home Ministry had increased Assembly seats of Jammu and Kashmir by seven taking total seats to 114—24 of which are reserved for PoJK while election will be held for 90 seats.
Erstwhile State of Jammu and Kashmir had 111 seats including 24 reserved for PoJK while elections were held for 87 seats. With creation of Ladakh as Union Territory, four seats of the region were reduced and the Assembly was left with 83 seats. However, with increase of seven seats, J&K UT will have an Assembly of 90 seats. Two women MLAs will be nominated to the House, which was the position earlier also.
In the previous Assembly, Kashmir had 46 seats, Jammu 37 and Ladakh four.
The Delimitation Commission recommended reservation of two seats for Kashmiri migrants. It also favoured reserving seats for PoJK refugees.