E-Paper
Home Todays story J&K is our integral part, Pak should cease to covet it: India... 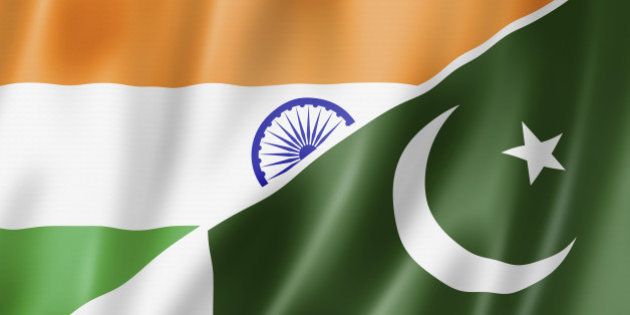 Calls for action against those controlling terrorists

Nishikant Khajuria
JAMMU, Feb 26: In a befitting response to Pakistan’s call for seeking the international community’s intervention on Kashmir issue, India today firmly made it clear before the United Nation’s Human Rights Council that J&K has been and will continue to be its integral part.
“Jammu and Kashmir has been, is and will continue to be an integral part of India and Pakistan should cease to covet it,” said Indian Diplomat, Vimarsh Aryan, First Secretary, Ministry of External Affairs, while speaking at the 43rd Session of the UN Human Rights Council, which is being held at Geneva in Switzerland.
While exercising India’s Right to Reply in response to the misleading statement delivered by the Pakistani delegation yesterday and the fallacious RoR, the Indian Diplomat told Pakistan that instead of spewing lies for self serving mendacious propaganda, she should work constructively and devote equal attention to protection and promotion of human rights of minorities in own land. “Before preaching others on human rights, Pakistan must remember that terrorism is the worst form of human rights abuse,” he said and described Pakistan as a country that has considerably shrunk the size of its minority communities since independence.
Terming Pakistan as pernicious cradle of terrorism and India as the biggest victim of the cross-border terrorism, Mr Aryan reminded the Human Rights Council that Pakistan is a country whose former President and Prime Minister, including the incumbent have openly acknowledged the support and inter-operational linkage between their State machinery and the UN proscribed terrorist organizations.
Vimarsh Aryan, who is from J&K, informed the Council that over the past seven months, India has undertaken series of democratic and progressive legislative reforms in Jammu and Kashmir to further protect the overall human rights of its citizens and to curb Pakistan’s nefarious designs aimed at damaging the syncretic fabric of Indian society.
Yesterday, Pakistan’s Minister for Human Rights Shireen Mazari had alleged that India continues to violate the human rights of the Kashmiri people and demanded the immediate repeal of all actions by India on August 5 last year. India abrogated the special status of Jammu and Kashmir under Article 370 on August 5 and bifurcated it into two Union Territories.
“The international community has abundantly witnessed the subsequent hysterical reaction of Pakistan at various foras that only attempted to create storm in the tea cup, but unwittingly implied that democratic traditions and religious tolerance are not Pakistan’s cup of tea,” he added.
“Human Rights council is responsible for promotion and protection of all human rights universally, however, quite ironically, what we heard from the Pakistani delegation was an attempt to polarize and politicize this august forum in order to propagate an illegal, immoral and inhuman territorial ambition,” said the Indian Diplomat.
Also advising Turkey to refrain from commenting on the internal affairs of India and develop a better understanding of the democratic practices, Mr Aryan cautioned this pro-Pak country not to encourage cross -border terrorism through its actions.
“As far as OIC ( Organization of Islamic Cooperation) is concerned, it has no locus standi to comment on the internal affairs of India,” he reminded.
Earlier, speaking at the 43rd session of the UN Human Rights Council, which is being held in Switzerland from February 24 to March 20, Vikas Swarup, Secretary (West), the Ministry of External Affairs, described Pakistan as the “epicentre of global terrorism”.
He called for decisive action against those who direct, control, fund and shelter terrorists, in an obvious reference to Pakistan, which has been providing safe havens to terror groups. “It is more than a little ironical that a nation that has become the world’s leading exporter of terror and violence seeks to lecture others about human rights,” he said and asserted that Jammu and Kashmir was, is and shall forever remain an integral part of India.
Swarup said the transformative changes “wrought by our Parliament last August were meant to strengthen the integration of the State… It was intended to ensure the extension of all progressive legislations passed for the entire country to cover this region, and to resume the pace of socio-economic development in the Union Territory of Jammu and Kashmir.”
Despite Pakistan’s best efforts – over decades – to destabilise Jammu and Kashmir through externally-instigated terror and a campaign of canards and untruth, the situation on the ground is quite normal, he said.
“Most temporary restrictions – imposed solely to ensure safety of the people from Pakistani trained terrorist attacks – have already been removed, political processes have resumed, telecom facilities have been largely restored, developmental activities are being undertaken at a rapid pace and there is access for all to education and healthcare,” Swarup added.
He said schools, colleges and universities have resumed and regular examinations are being held. Hospitals, clinics and pharmacies are well-stocked and staffing is at full capacity.
“These have been achieved despite Pakistan’s frenetic attempts to promote both violence within our territory – with an 81 per cent increase in infiltration attempts since last August – and disinformation outside. Yesterday’s speech was a good example of the latter,” Swarup said, referring to Pakistani Minister’s speech.
Addressing the delegation from Pakistan, Swarup said India is a nation where democracy, including the right to protest, is vibrantly and noisily celebrated every day and where dignity of every human is protected by a robust Constitutional framework.
“It is Pakistan that would do well to look to its own house and introspect about the condition of its people, especially its minorities,” he added.
He said India is making every effort for full and effective enjoyment of all human rights by all its people.
On Pakistan’s warnings about the situation within India, Swarup invoked poet Robert Burns to say that “someone should give them the power to see themselves as others see them.”