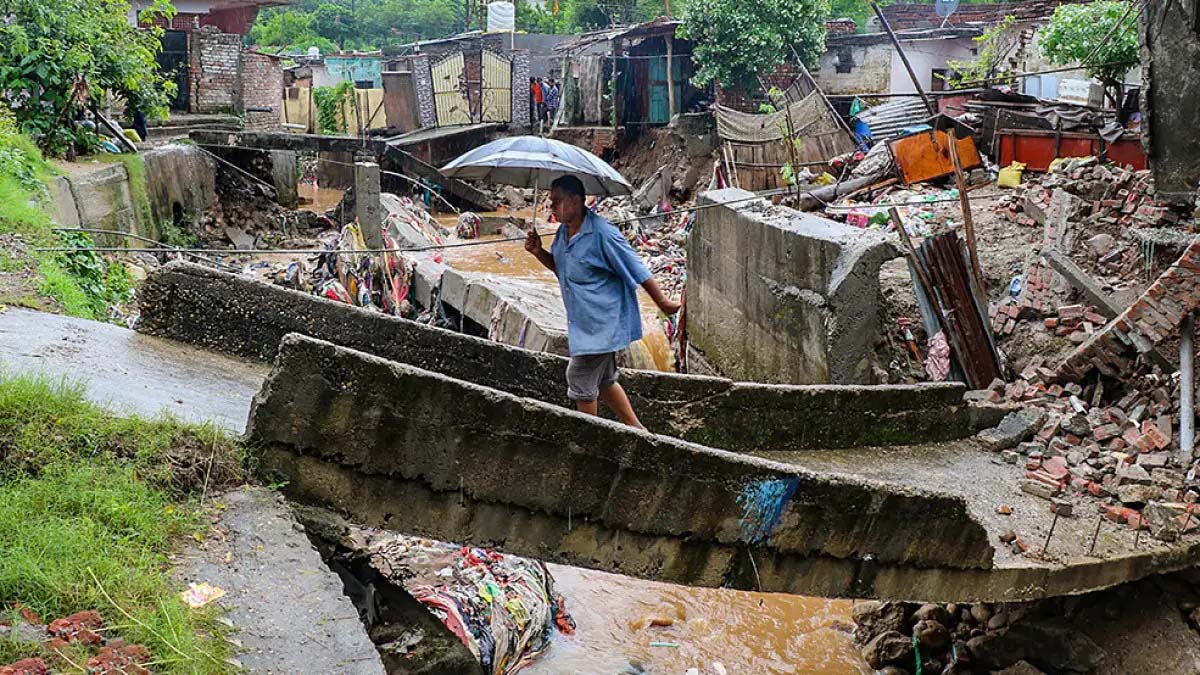 Jammu, Aug 11: Jammu city recorded 189.6 mm rain in 24 hours, the highest downpour in a day in almost 26 years, causing landslides and flash floods, meteorological department officials said on Thursday.
There were flash floods in most of the rivers, including Tawi and Chenab, which inundated low-lying areas and damaged infrastructure.
Two landslides were reported — in Panjirthi and Circular Road — causing damage to road, a building and some vehicles, the officials said.
The flash floods damaged small bridges in Kalika Colony, washed out a wall of Satsang Garh, a spiritual centre, and a vehicle in Buntalab, they said.
Hundreds of houses in several colonies in low-lying areas were inundated and traffic came to a halt due to water-logging, prompting the district administration to sound a flood alert, they said.
According to the MeT department, this is the highest 24-hour rainfall in August for Jammu city since 1996. The city had recorded 218.4 mm of rainfall on August 23, 1996.
The all-time highest rainfall, 228.6 mm, in Jammu city was recorded on August 5, 1926, it said.
The Jammu-Srinagar national highway was closed for traffic due to landslides and mudslides, triggered by heavy rains in Ramban.
Reasi received 152.5 mm in 24 hours, followed by Udhampur (121.6 mm) and Samba (105 mm), the officials said.
Katra town, which serves as the base camp for pilgrims visiting the Vaishno Devi temple in Reasi district, recorded a 77.8 mm rainfall in 24 hours, they said.
Burmal in Kathua received 77.5 mm rainfall.
At 11 am, river Tawi — its gauge being monitored near Bikram Chowk — was flowing at 9.5 feet, 4.5 feet below the ‘alert level’.
At the same time at Salmay Bridge in Udhampur, it was flowing at 8.2 feet, 6.56 ft below the alert level, they said.
Water in river Chenab at Akhnoor was at 26.4 feet. The alert level for the site is 32 feet, they said. (Agencies)