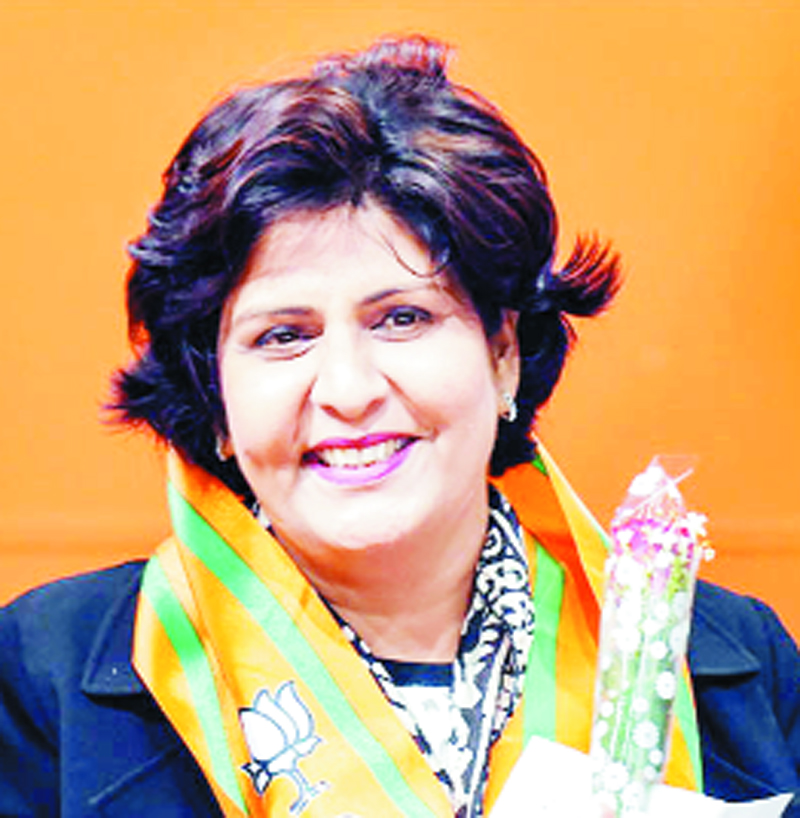 Deepa Malik, the first Indian woman to claim a medal in the Paralympic Games, has retired from active sports, a decision she took before becoming the Paralympic Committee of India President earlier this year but revealed only today.
The 49-year-old, who won a silver in shot put F53 category in the 2016 Rio Paralympics, was elected PCI President in the elections held in February under the directives of Delhi High Court. PCI has been denied recognition by the sports ministry.
“Who said I announced my retirement today? I have already retired in September last year before filing my nomination paper though I did not make a public announcement,” Malik, paralysed below the waist due to a spinal tumour, told PTI.
“I submitted my letter of retirement to the PCI in September last year when the election process began. Only after that I was able to stand for PCI president’s post and I won the election and became president,” she said.
Malik was bestowed the country’s highest sporting honour — the Rajiv Gandhi Khel Ratna — last year.
Earlier in the day, Malik had tweeted: “For election purpose had already submitted a letter to PCI long back, awaited decisions of High Court to validate new committee and now for affiliation with MYAS making a public declaration of retirement from active sports. Time to serve parasports and support others to achieve.”
She later deleted the tweet.
Malik said all she did today was apply for pension which she is entitled to as a Paralympic medallist.
“It is just that I am applying for pension. As PCI President, I cannot compete now, I have moved on to a new journey. But it was misinterpreted and lot of people started asking ‘are you retired?’,” she said.
“I don’t know why this became a big issue today because I am no longer in active sports. I had not thought it would happen like this.”
Malik, one of the most decorated athletes in the country, was diagnosed with a spinal tumour in 1999 which left here paralysed below her waist.
Since then, she has been wheelchair-bound, but her indomitable spirit saw her won several international medals, including a silver in 2011 IPC World Athletics Championships in shot put F52-53.
The F52-53 class covers competitors with different types of disabilities including spinal injuries. They have full use of their arms but have no or limited trunk function.
She also won four medals in Asian Para Games — a bronze in 2010 (javelin throw F52-53), a silver in 2014 (javelin throw F52-53), two bronze in 2018 (discus throw F52-53 and javelin throw F53-54).
Malik also took part in the gruelling Raid de Himalaya motorsport event in 2009. She was awarded Padma Shri in 2012.
PCI Secretary General Gursharan Singh confirmed that Malik did actually submit a letter about her retirement before she contested the elections.
“She submitted the letter and her nomination paper was validated by Returning Officer because of that letter. Otherwise, how she would have contested the elections,” he said.
Singh also said that the PCI could not submit some important documents to the sports ministry due to the lockdown and that was why it was not given recognition by the sports ministry on Monday.
“Our election was validated by Delhi High Court on January 27 and after that we had to collect some important documents from various officials and so it took time. Then the lockdown began and we could not apply for recognition.
“We will apply soon and we are hoping we will get recognition before the end of this year,” said Singh who earlier served as PCI vice-president and later its interim president. (PTI)