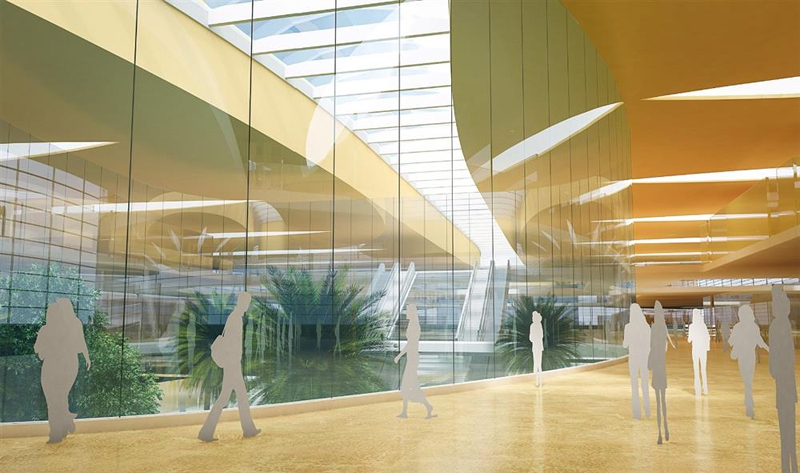 Setting one more important milestone in respect of providing added facilities to hundreds of thousands of pilgrims, the Holy Town of Katra is set to have an Inter Modal Station (IMS) which was destined to improve travelling experience of the pilgrims visiting Katra for paying obeisance at world famous Shrine of Shree Mata Vaishno Devi. Such type of stations under a broader policy are being contemplated to be built across the country to not only have an innovative approach towards the issue but ensuring how added and varied facilities mainly related to mobility from and to Katra were provided right at one such station.
May it be reiterated that already by introducing various measures mainly based on digitization and e-mode by the Shrine Board, lot many facilities are provided to the pilgrims including automatic controlling the rush of pilgrims (not crowd) and monitoring movements to prevent any chances of mishaps and confusion. Therefore, since a never fading zeal and constant endeavour are at work to introduce more ways of easing the pilgrimage and making a visit by pilgrims really memorable and with a difference on comparative basis as in case of other famous revered shrines across the country, Inter Model Stations have been mooted so that the pilgrims could move from one mode to another with minimum intervention/use of automobiles and at Katra expectedly, therefore, very soon.
In fact, it is imperative to know a bit as to what are these stations up to and what is their efficacy. In this connection, in short, it is an integration of different modes of transport like rail, road, taxies, rapid transit system and the like. In an environ of a proper integration, it would be akin to providing services at just one window to enable pilgrims not only save their precious time but get riddance from any associated tensions and botheration. Economic feasibility and the end use of utility must, however, be such about a particular place/ station chosen which warrant providing of such a station. Therefore, looking to the ever increasing footfall of the pilgrims at Katra for worshipping at the revered Shrine, it is absolutely necessary that more than one travelling facilities and modes as also access to them were provided virtually under one roof and where entire transport with destination at Katra coming from New Delhi, Amritsar and other Expressways etc would converge and land which means enough space for incoming and departing of the vehicles quite smoothly. That will take care of and resolve the otherwise growing traffic mess in the town.
In this connection, it can be deduced that the beginning has started as a Memorandum of Understanding (MoU) has been signed at New Delhi between National Highways Logistics Management Limited ( NHLML) and the officials representing the Central and the UT Governments. Land is required to be acquired which could be not less than 25 acres or 200 Kanals for the proposed IMS. The facilities of shifting or changing from one mode say from buses to Railways and vice versa could also be undertaken under the vast provisions and slew of facilities under the IMS. Improving passenger infrastructure development across the country by introducing such modes would set in a chain of departures from old, worn out and obsolete ways and providing ease, speed, hassles- free and time saving enjoyable journey to the pilgrims and other people.