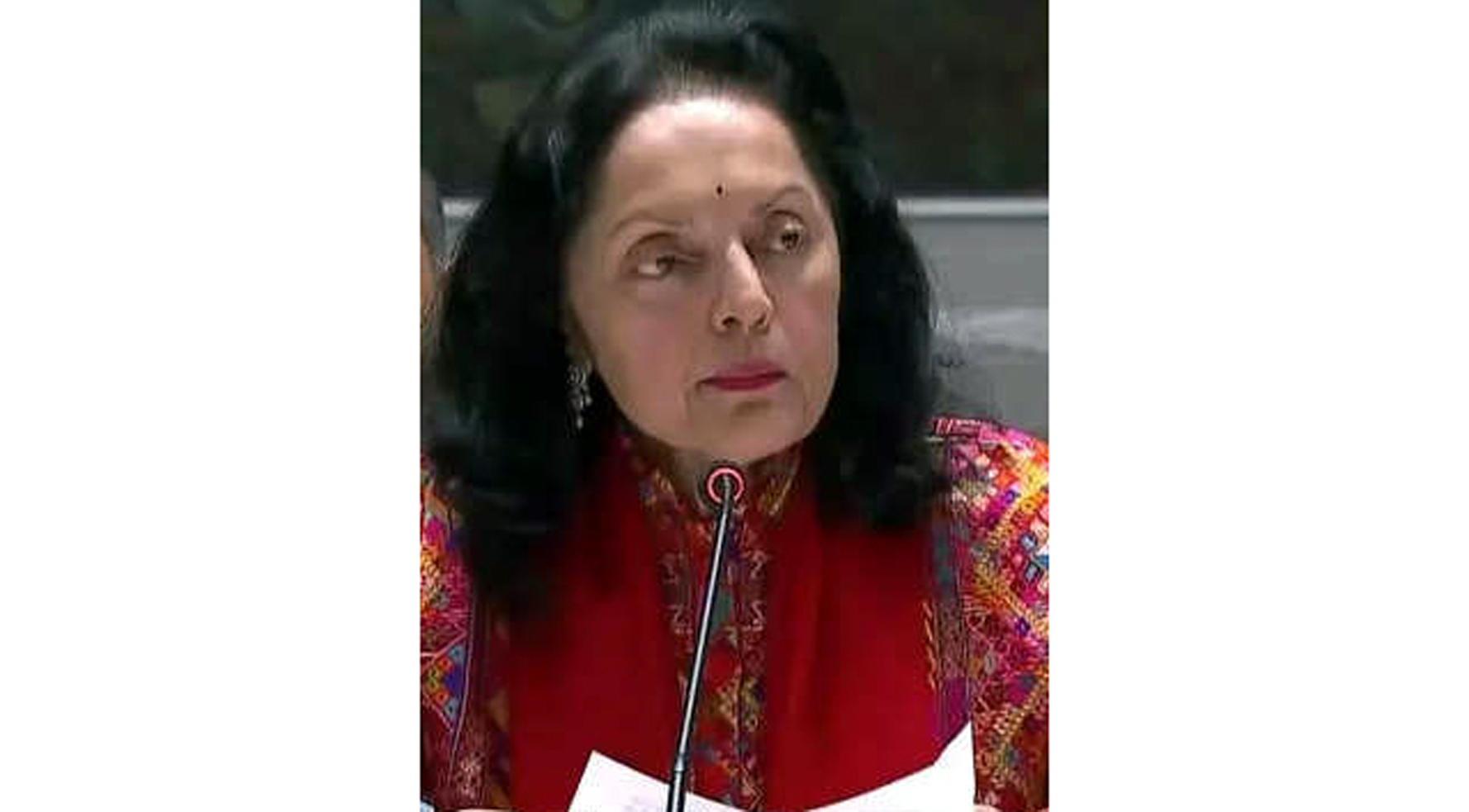 UNITED NATIONS, Dec 7: India, which facilitated the safe return of its 22,500 nationals, most of them students, from Ukraine amid the conflict, is exploring options to minimise the impact on its students’ education, the country’s envoy here told a UN Security Council briefing.
Speaking at the briefing titled ‘Ukraine: Protection of civilians and the situation of children’ on Tuesday, Ambassador Ruchira Kamboj said the conflict in Ukraine is severely impacting the 7.5 million children across the country.
Kamboj, the President of the Security Council for the month of December, said in her remarks that the international community must not forget that the situation in Ukraine has also affected foreign students, including those from India.
“India facilitated a safe return of 22,500 Indian nationals, most of them students, studying in various universities in Ukraine. We are exploring options to minimise the impact on our students’ education,” she said.
Kamboj reiterated India’s continued concern over the situation in Ukraine, saying the conflict has resulted in the loss of lives and countless miseries for its people, particularly for women, children and the elderly, with millions becoming homeless and forced to take shelter in neighbouring countries.
“Reports of attacks on civilians and civilian infrastructure in the recent weeks is deeply worrying. We reiterate our grave concerns in this regard,” she said. She underlined that children constitute a third of humanity, terming them “the most important third as they are our future”.
She said children are also the most vulnerable to suffering, particularly in situations of armed conflict and need additional protection and care.
Noting that while the protection of the rights of the children, including their access to education, is the primary responsibility of the national government, Kamboj said the international community has the obligation to do its utmost to provide succor to children affected by conflict.
India is a signatory to the Convention on the Rights of the Child and is appreciative of the ongoing efforts including that of UNICEF to alleviate the sufferings of children.
India also supports UNICEF’s efforts to scale up its operations. UN Emergency Relief Coordinator Martin Griffiths told the Council that over 14 million people remain forcibly displaced from their homes in Ukraine, including 6.5 million internally displaced, and over 7.8 million refugees recorded across Europe.
According to the Office of the UN High Commissioner for Human Rights, as of December 1, 17,023 civilians have been killed since the start of the conflict on February 24, including 419 children.
“However, we know that the real toll is far greater,” he said.
Since October, the sustained attacks on Ukraine’s energy infrastructure have created a new level of need that impacts the whole country and exacerbates the needs caused by the war, he said.
The scale of destruction of the electrical and heating infrastructure requires the international community’s enhanced support to the Ukraine government beyond what humanitarians can provide.
“In recent weeks, more areas have become accessible in eastern and southern oblasts, allowing humanitarians to reach entirely new communities with assistance,” Griffiths said.
At the beginning of 2022, 274 million people needed humanitarian assistance globally. For 2023, the projected number of people in need has grown to 339 million, an increase of nearly 24 per cent, or 65 million people, he said.
“It represents one in every 23 people on the planet,” he said. Noting that the impact of the Ukraine conflict is not just limited to Europe, Kamboj said it is exacerbating concerns over food, fertiliser and fuel security, particularly in developing countries.
“It is necessary for all of us to appreciate the importance of equity, affordability and accessibility on these critical issues for the Global South. Open markets must not become an argument to perpetuate inequity and promote discrimination,” she said. (PTI)