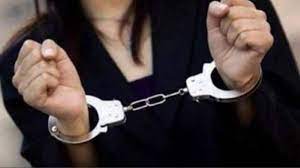 Singapore, Aug 11: An Indian-origin supervisor, who allowed an untrained worker to operate a forklift, which resulted in the death of another worker, had his prison sentence increased by four months following an appeal from the prosecution, a media report has said.
In 2019, Yeduvaka Mali Naidu, a supervisor at Chye Joo Marine, had allowed an untrained worker named Shanmugam Sivarasu to operate a forklift at a shipyard that had faulty brakes, according to the Straits Times newspaper.
On one occasion, Sivarasu accidentally stepped on the accelerator, causing the forklift to crash, killing a 30-year-old worker of Bangladeshi origin and injuring another person standing nearby, the report said.
Investigation revealed that Naidu had allowed Sivarasu to operate forklifts on multiple occasions despite knowing that he was not trained to do so, it said.
Sivarasu was jailed for 11 months after pleading guilty to operating the equipment without having adequate training and knowing it had faulty brakes, while Naidu was sentenced to seven months’ jail by a district judge after previously pleading guilty to a reckless act, the report said.
On Wednesday, Justice Vincent Hoong said Naidu’s sentence by the district judge was “manifestly inadequate” and raised it to 11 months in prison, it said.
He said the district judge had erred in assessing Naidu’s culpability as lower than Sivarasu’s.
“It is undisputed that Sivarasu worked under the supervision of the respondent (Naidu),” the Singapore daily quoted Justice Hoong as saying. (PTI)