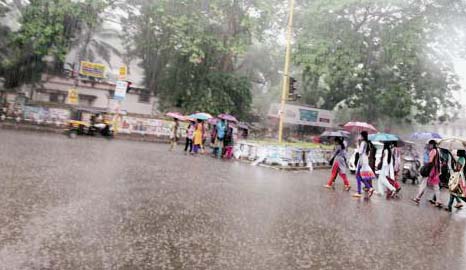 NEW DELHI: The Indian Meteorological Department on Tuesday forecast heavy to very heavy rain across different states in the country including Delhi for the next three days.

According to the Met Department, heavy to very heavy rain is very likely to occur on Wednesday at isolated places over East Uttar Pradesh, East Rajasthan, Odisha, Konkan and Goa Coastal Karnataka.