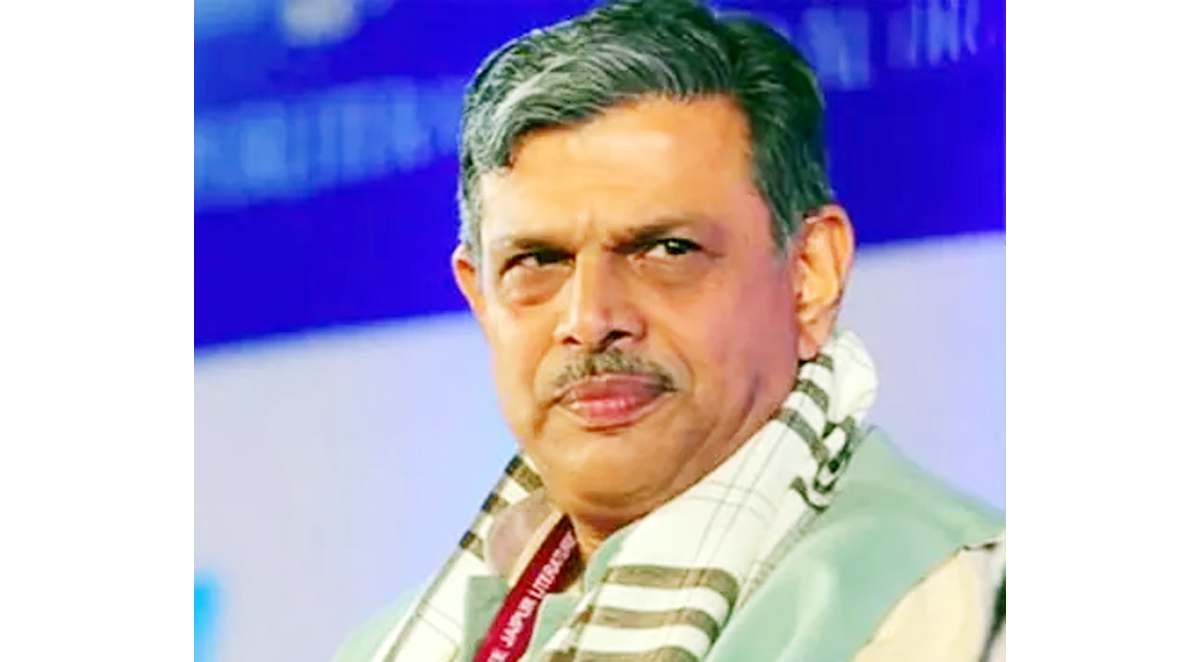 Excelsior Correspondent
JAMMU, Oct 4: The Rashtriya Swayamsevak Sangh (RSS) national general secretary (Sarkarivah), Dattatreya Hosabale reached here on three days visit of Jammu region this morning.
The RSS leader will address a Sangh Samelan and take part in full dress parade on the occasion of Dussehra -the foundation day of Sangh at Ved Mandir Ambphalla tomorrow morning and later hold meetings with senior functionaries of Sangh from J&K on prevailing political situation in the Union Territories of J&K and Ladakh and also take feedback from them on the working of the Sangh in two UTs.
Soon after his arrival, Hosabale held detailed meeting with Pracharaks of Sangh from Ladakh. Today’s meeting attached importance as it was also attended by MP from Ladakh, Jamyang Tsering Namgyal and Chief Executive Councilor (CEC) Leh, Tashi Gaylson and Pracharks from the UT of Ladakh, sources said.
Sources said that two leaders were also called to participate in the meeting that Hosabale is going to hold meeting with the Pracharks from the region to seek their point of view on prevailing situation in the Himalayan belt following various developments since according UT status to Ladakh.
Sources said that national general secretary of RSS held detailed deliberations on prevailing situation in the Himalayan region viz a viz recent Chinese interference in the area. He took a feedback on prevailing situation from the local leaders of Ladakh who informed Hosabale that people of Ladakh have fully realized that strengthening RSS is in the larger interests of Ladakh region and its people.
Sources said that Chinese interference in the area has figured in the meeting between Pracharks from Ladakh and RSS leader. The Ladakh Pracharks and political leaders extended invitation to Hosabale to visit Ladakh next year which he readily accepted.
Hosabale stressed on coordination among the Himalayan belt people and said that the greater coordination and cooperation among the people living in Himalayan belt can be in their larger interests and can prove a deterrent to country’s detractors from across the borders.
Sources said protection of the ancient culture in Aryan belt in Ladakh also figured in the meeting and the RSS general secretary was of the opinion that thrust should be given to development activities in that belt to improve the socio economic condition of the masses there.
He stressed on construction of roads, schools and hospitals in this belt besides taking other public welfare schemes to the area so that the living standard of these people is improved besides this ancient race is protected.
The functioning of Sangh schools in the region was also reviewed and Hosabale was informed that presently Sangh runs 110 schools in the region. It was suggested that more such schools be opened in those areas which lack schooling facilities.
The leaders from the region threadbare discussed the developmental issues of the Ladakh region with RSS national general secretary and demanded that a separate airport be developed in Leh to boost the tourism industry in the region.
Soon after his arrival, Hosabale straightway drove to Ved Mandir Ambphalla where he will be staying all the three days of his visit. He, besides the Sangh leaders will also meet the leaders of its sister organisations including VHP, Bajrang Dal, Sanaskar Bharti, Vidya Bharti as well as BJP and hold separate meeting with them and take feedback of their functioning.
Sources said he will also seek a feedback from the local Pracharks about the improvement in ground situation in the UT after the annulling of Articles 370 and 35.