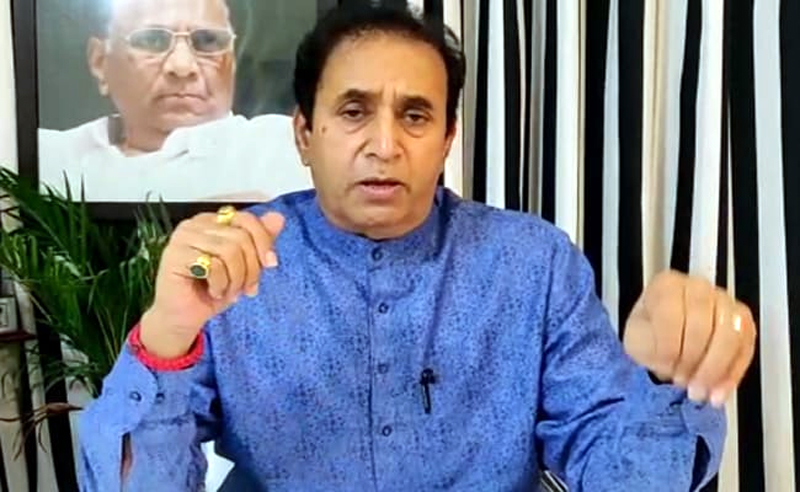 NEW DELHI, Sept 26: The Supreme Court Monday expressed displeasure over the delay in hearing the bail plea of Maharashtra’s former Home Minister Anil Deshmukh, arrested in connection with a money laundering case, and directed the Bombay High Court to hear and decide his case expeditiously.
The top court observed that any person who has filed a bail application has a legitimate expectation that his plea will be disposed of at an early date.
It said keeping an application for bail pending is not consistent with the Right to Life under Article 21 of the Constitution,
A bench of Justices D Y Chandrachud and Hima Kohli noted that the bail plea of Deshmukh is pending in the high court since March 21.
“We issue a direction and permit the petitioner to apply before the learned judge, to whom the case has been assigned, tomorrow. The application shall be taken for hearing during the course of this week and decided expeditiously,” the bench said.
The top court clarified that it has not expressed any opinion on the merits of the case.
Justice N J Jamadar of the high court is hearing the bail plea of Deshmukh.
At the outset, senior advocate Kapil Sibal, appearing for 73-year-old Deshmukh, submitted that the hearing on the bail plea is being deferred and sought interim bail.
Solicitor General Tushar Mehta, appearing for ED, opposed the interim bail plea and said the top court should not pass any such order.
Deshmukh was arrested by the Enforcement Directorate (ED) in November 2021 and is currently in judicial custody.
On April 8, the high court adjourned the hearing on Deshmukh’s bail application while deprecating the practice of seeking urgent hearings of bail pleas citing medical emergencies. (PTI)
The high court had said urgent hearings being sought on medical grounds have become a problem.
The NCP leader had filed a petition in the high court after a special court rejected his bail plea earlier.
He has sought bail on grounds of his ailing health and termed the ED’s case false and frivolous.
The ED in its affidavit had opposed the bail plea and alleged that Deshmukh was the mastermind and brain behind the conspiracy and that he had misused his official position as home minister.
The ED’s case is that while serving as the state home minister, Deshmukh misused his official position and collected Rs 4.70 crore from various bars in Mumbai through Sachin Waze, a police officer who has been dismissed.
Deshmukh has refuted these allegations. (PTI)