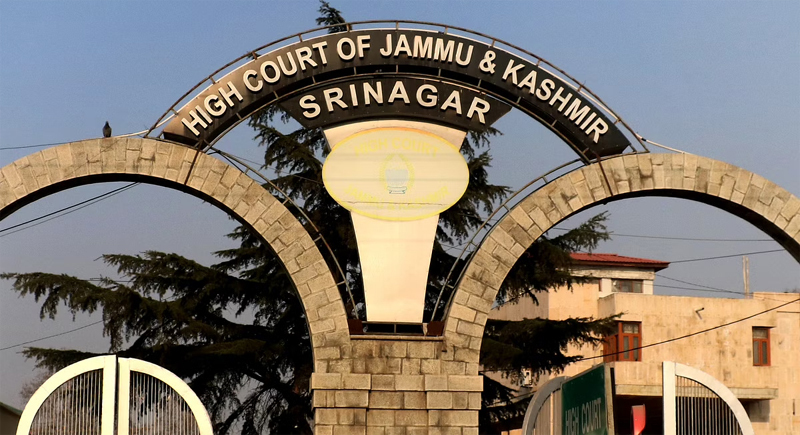 Excelsior Correspondent
Srinagar, Sept 26: The High Court today upheld the dismissal order of a Government employee who was also a Councillor at Srinagar Municipal Corporation (SMC).
Justice Ali Mohammad Magrey upheld the Government order on dismissal of Abdul Hadee Shah from Government service and advertisement notice issued for filling up the post.
He was Councillor, SMC and in blatant violations of rules and regulation was holding another public post simultaneously at State Motor Garages as a Tyre Mechanic and was terminated by the Government from services and a separate order was also issued for recovery of salary from him.
He had filed two writ petitions seeking quashing of his termination order issued by Director State Motor Garages where he was working as a Tyre Mechanic and advertisement notice issued for filling up the post.
“It clearly transpires that the petitioner, while working in the Department as a Tyre Mechanic, simultaneously continued to actively function as Councillor of Ward No.19 of the Corporation and received perks from the Corporation in the shape of monthly honorarium, lumpsum amount as cell phone charges and meeting charges, thereby committing gross misconduct”, Court said.
The petitioner, court said, by doing so, has remained as a public representative as well as a Government employee leading to double drawl of wages and salary which cannot be done by a Government official.
With regard to recovery of salary said if the authorities are allowed to recover the salary received by the petitioner for the work done by him, it will definitely amount to begging which is not permissible under law in any circumstance whatsoever.
“That being so, the direction for recovery of the salary of the petitioner for the period he has performed duties in the State Motor Garages Department is not only harsh, but arbitrary as well and, therefore, deserves to be quashed”, Justice Magrey said.
Court dismissed both the petitions to the extent of challenging termination of the services of the petitioner as also the advertisement of the post of Tyre Mechanic vide advertisement notice.
It was argued before the court that this conduct on the part of the employee was totally in violation of the Jammu and Kashmir Employees Conduct Rules/ Municipal Corporation Act, thereby attracting disciplinary action under the relevant provisions of the rules and regulations governing the field.
It was also pleaded that, as per records, the petitioner has drawn honorarium as a Councillor from the Corporation as also the cell phone charges. It was also submitted that he may have got his resignation endorsed by the then Mayor of the Corporation, but the same has not been deliberately submitted before the Commissioner, SMC.