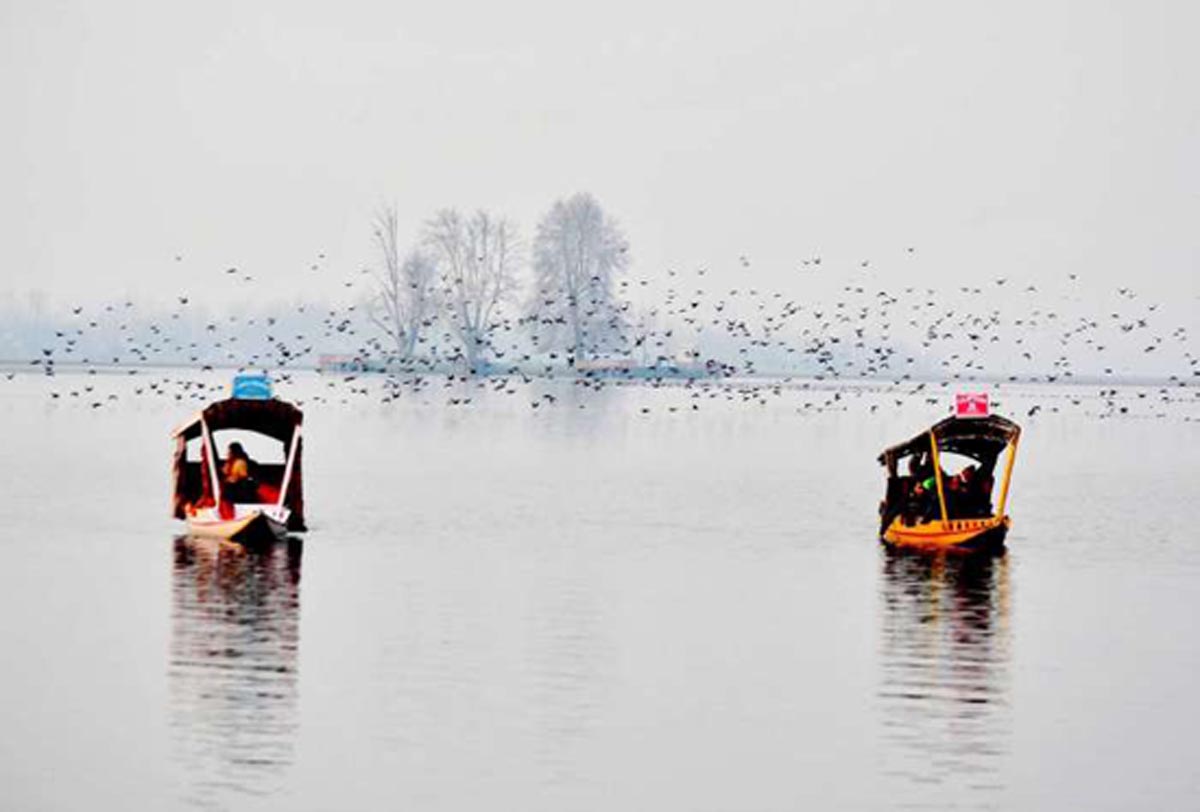 Excelsior Correspondent
SRINAGAR, Dec 4: The State High Court after considering the report of the Expert Committee passed slew of directions to Government as well as Lakes and Waterways Development Authority for maintaining glory of the Dal lake.
The Division Bench of Chief Justice Gita Mittal and Justice Sanjeev Kumar directed for empowering LAWDA and making it efficient and accountable. In this connection, the court directed the Chief Secretary to sufficiently empower the Vice Chairman appointed to head LAWDA to take steps for cohesion in its working and provide able and accountable leadership with commitment to the objective.
The Court directed the Chief Secretary to examine the recommendation of the COE made in its first report with regard to creation of a fully dedicated and empowered “Dal lake Conservation and Development Authority”.
With regard to steps towards gradual elimination of floating gardens, Court directed the Committee Of Experts to examine and recommend to LAWDA the manner in which the existing boundaries of floating gardens be marked immediately so that there is no expansion thereof.
“LAWDA shall put non-remove-able markers indicating present boundaries of the floating gardens. These may also be put on paper and supported with video and photographic evidence”, Court said adding with “LAWDA shall immediately ascertain the details of families exclusively dependent on vegetable cultivation within the Lake within a period of one week from today”.
LAWDA has been directed to draw out and implement the plan to rehabilitate such families providing them avenues for gainful
employment including agriculture as there will result an unmet demand within the city for the vegetables itself, upon dismantling of these gardens.
Court directed the exercise of dismantling and clearing floating gardens shall be completed within six months and steps for stopping sewage of effluents from commercial establishments including hotels, restaurants and shops which are releasing sewage into the Dal lake directly or through Nallahs.
“LAWDA shall forthwith issue notices asking all the commercial establishment to install technically suitable and environmental friendly arrangements within three months for treatment of sewage and sullage (grey water) within their premises itself without releasing any sewage or sullage into the Dal or into any Nallah that flows into the Dal or any other Lake. The establishment shall be directed to intimate LAWDA of the compliance of the directions which shall be subject to inspection by LAWDA and the J&K State Pollution Control Board”, read the order.
Court further added that the polluting unit shall have to shut down its operations and deposit a penalty of a minimum of Rs.50,000 with LAWDA, subject to enhancement by this Court upon consideration of the nature and magnitude of the violations.
“It shall be the responsibility of the State Pollution Control Board to regularly test the discharge from the commercial units and place the results in the public domain on its website,” the court directed.
LAWDA and the State Government have been directed to forthwith undertake steps for generating awareness among families living and cultivating in the catchment areas and upstream. Vigorous use of the print and electronic media should be used for this purpose.
“The Vice Chairman of LAWDA shall notify technical and scientific experts who shall be assigned specific locales to generate awareness and enable farmers to shift to organic farming”, court directed.
In order to tackle the night soil from the Houseboats, the State Government and LAWDA has been directed to immediately assess and evaluate the optimum number of houseboats which could be permitted to be anchored in the Dal lake and submit a report to the COE and us before the next date.
In case the existing number of houseboats, court said, is beyond the ideal number, registrations/ licences of houseboats which lapse should not be renewed and steps should be taken to bring the maximum number to the ideal number of house boats.
“LAWDA must identify houseboats which are anchored illegally in the Dal lake and forthwith stop their operation and remove them from the Lake”, read the order.
On removal of encroachments/ un-authorized constructions by houseboat owners LAWDA has been directed to take immediate steps for removal of the illegal encroachment and constructions effected by the houseboat owners near the houseboats.
“LAWDA shall issue seven days notices to the houseboat owners for removing the illegal constructions, encroachments, activities and thereafter the same shall be removed by LAWDA” court said.
“The notices issued shall inform the houseboat owner that its registration and licence would stand revoked/ cancelled in case the illegal construction/ encroachment and activity is not removed forthwith” and a report in this regard with photographs before and after removal shall be filed by LAWDA on court record before the next date of hearing.
With regard to management of Solid Waste court directed the Srinagar Municipal Corporation to put in place a system of segregation of garbage at source around the Dal lake within a month. Court directed State Government and LAWDA to ensure that no construction within the boundaries of the lake are permitted to exist.
“The boundaries of the Lake shall be displayed on the website of the LAWDA”, it said.
In case of dalliance/ neglect/ failure to abide by time lines or by time lines by any authority or person(s), Court asked the COE to report same to this Court and a strict view shall be taken of the matter.
With regard to measures for rehabilitation and relocation of dwellers, the concerned authorities including LAWDA has been directed to ensure that the process of identification of families who are required to be relocated is completed at the earliest.
About the shifting location of Dal dwellers, Court directed the concerned authority to place before the Court the details of all steps necessary for ensuring proper infrastructure in the Rakh-e-Arth with time lines which would include provision for a Government school, college, health care centre as well as community facilities in the nature of a community centre, playground and skill training centre for the youth as well as the internal circulation roads.