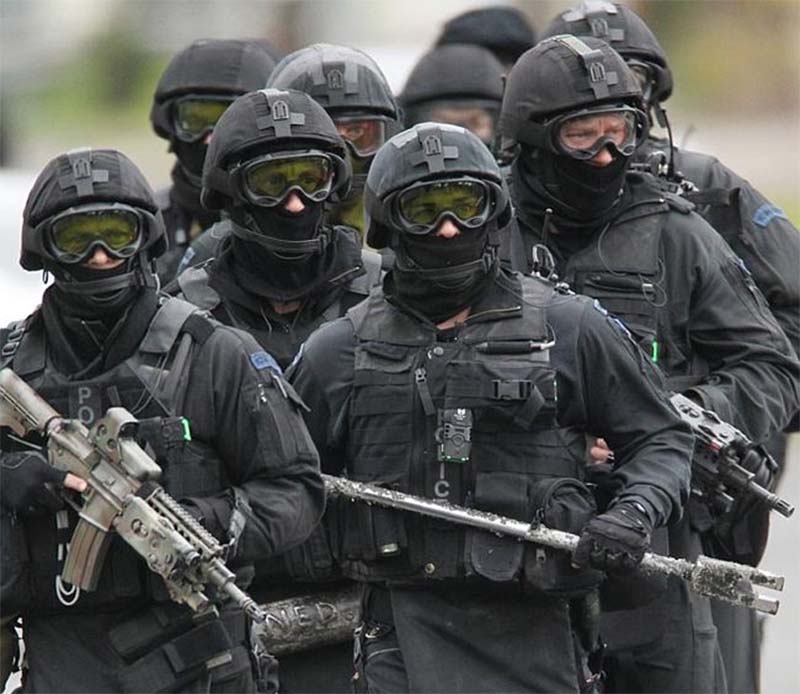 Group to be equipped with BP vehicles, QRTs

Well-trained manpower to be deployed

Sanjeev Pargal
JAMMU, May 15: The Government has decided to revive the Special Operations Group (SOG) in 9 districts of Jammu region, which was disbanded during PDP-Congress coalition Government in 2002 headed by late Mufti Mohammad Sayeed and was in the process of equipping the Anti-terror Group with latest and sophisticated gadgetry including Bullet-Proof vehicles.
“The new SOG will also take up the additional task of forming the Quick Reaction Teams (QRTs),’’ official sources told the Excelsior.
The decision to revive the SOG, which existed only in Jammu district presently, in all other nine districts of Jammu region, comes close on the heels of attempts by the militants of Lashkar-e-Toiba (LeT), Hizbul Mujahideen and Jaish-e-Mohammed (JeM) outfits to revive militancy in Kishtwar, Doda, Ramban, Rajouri, Poonch and other districts of Jammu region, which had been declared as militancy-free over a decade ago.
Presently, the SOG was confined to Jammu district only while in other districts of Jammu region, there was only DySP Operations with very little manpower and virtually no major equipments.
“Now, we have decided to revive the SOG and assign them the role the anti-terror body was having before 2002 when the then Government had disbanded the highly professional operational group against the militants in one of the first decisions taken after takeover of first PDP-Congress coalition Government in the State,’’ sources said, adding the manpower is being searched for the SOG.
The new strength of the SOG will be drawn from the police. However, the officials and officers to be posted in the SOG will be trained and professional cops having expertise in the anti-terror operations. Search for such staff from constable to the DySP level is on and it will be completed shortly. They will be posted at the district level.
“We will also equip the SOG with entire modernized equipments including latest weaponry and Bullet-Proof vehicles (known as Bunkers) shortly to help them tackle the threat posed by the terror outfits to revive militancy and go for pro-active approach i.e. to crush the terrorism before it could raise its ugly head,’’ sources said.
They added that the SOG has also been directed to form the Quick Reaction Teams (QRTs), a task assigned to police after the SOGs were disbanded and, for the purpose, adequate numbers of police personnel are being kept at their disposal.
“In case of any eventuality, the SOG QRTs will be activated,’’ sources pointed out.
They said strength of the SOGs at the district level will be much more than the level of 2002 but it will depend upon the emerging situation at the districts-level. For instance, they said, staff with the SOGs of Kishtwar, Doda and Ramban districts, which formed part of erstwhile Doda district, will be high as compared to other districts. Gradually, they said, level of the SOG strength in all the districts will be brought to the level of Jammu district.
Presently, there was full-fledged SOG only in Jammu district, which was headed by an officer of the rank of SP or SSP while in rest of the districts; there was just one DySP Operations with negligible strength, equipments and infrastructure.
According to sources, the Union Ministry of Home Affairs (MHA) officials had also recently suggested to the State Government to revive the SOG in the districts, where there was threat of militancy revival and simultaneously raise more Village Defence Committees (VDCs).
“Formal deployment of staff in the SOGs at district level could take place anytime after May 23 after the lifting of Model Code of Conduct imposed by the Election Commission of India in the wake of Lok Sabha elections,’’ sources said, adding the SOGs would be well prepared to tackle the threat of revival of militancy and finish the militants, where they have re-surfaced.
It may be mentioned here that the militants have already succeeded in reviving militancy in Kishtwar district while a similar attempt was foiled by police in Ramban district only a day before. At least eight militants were presently active in Kishtwar district including the killers of prominent BJP leader Anil Parihar and his brother Ajit Parihar, top RSS functionary Chanderkant Sharma and his PSO Rajinder Kumar.
At least two militants have been identified as “active terrorists’’ in Ramban district after the arrest of two LeT militants of South Kashmir from Gool. Possibility of the number being more than two is also not ruled out, sources said, but added that efforts were on to nab them.
In rest of the districts of Jammu region, there were no active militants but the ultras from Kashmir were instrumental in triggering three blasts at Bus Stand. Accused in the blast cases have already been arrested.