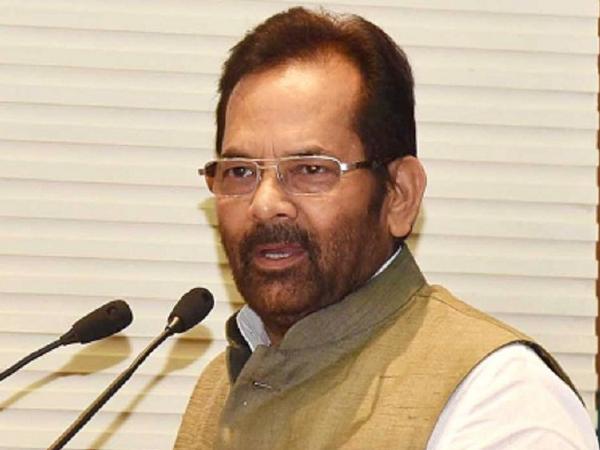 NEW DELHI: All waqf properties across India will be geo-tagged and digitised and the government will provide 100 per cent funding to develop educational institutions and hospitals on such properties for the welfare of society, Union minster Mukhtar Abbas Naqvi said Wednesday.

Naqvi, while chairing the 80th meeting of the Central Waqf Council here, said there are around 5.77 lakh registered waqf properties across the country and their geo-tagging and digitalisation will ensure transparency and safety of records.

The Centre has decided to start a programme on a war footing to utilise waqf properties across the country for educational empowerment and employment-oriented skill development of the needy, especially economically backward girls in those areas which were deprived of these facilities since Independence, the minority affairs minister said.

A programme on war footing has been launched for 100 per cent geo-tagging and digitalisation of waqf properties across the country to ensure these properties can be utilised for the welfare of society, Naqvi said.

The recommendations of the committee will ensure that waqf rules are made easy and effective for better utilisation of waqf properties and to free these properties, several of which are entangled in disputes for several decades, from disputes, he said.

The Central government is taking necessary action on the recommendations of the committee.

“GIS/GPS mapping of the waqf properties has been initiated with the help of IIT Roorki and Aligarh Muslim University. The Central Waqf Council has provided video conferencing facilities to 20 state waqf boards and it would be provided in the remaining state waqf boards by the end of this year,” he said.

Naqvi’s announcement of geo-tagging of waqf properties comes a day after he spelt out the government’s plan to empower the minorities.

Several scholarships such as pre-matric, post-matric and merit-cum-means will be provided to 5 crore students from minority communities, including 50 per cent girls, over the next five years, he had said on Tuesday.

Naqvi had also said girls from minority communities who have dropped out of school will be linked to education and employment through “bridge courses” from reputed educational institutions of the country.

Madrassa teachers across the country will be trained by various institutions in mainstream subjects such as Hindi, English, Maths, Science and Computer so that they can impart mainstream education to the madrassa students, he said. (AGENCIES)