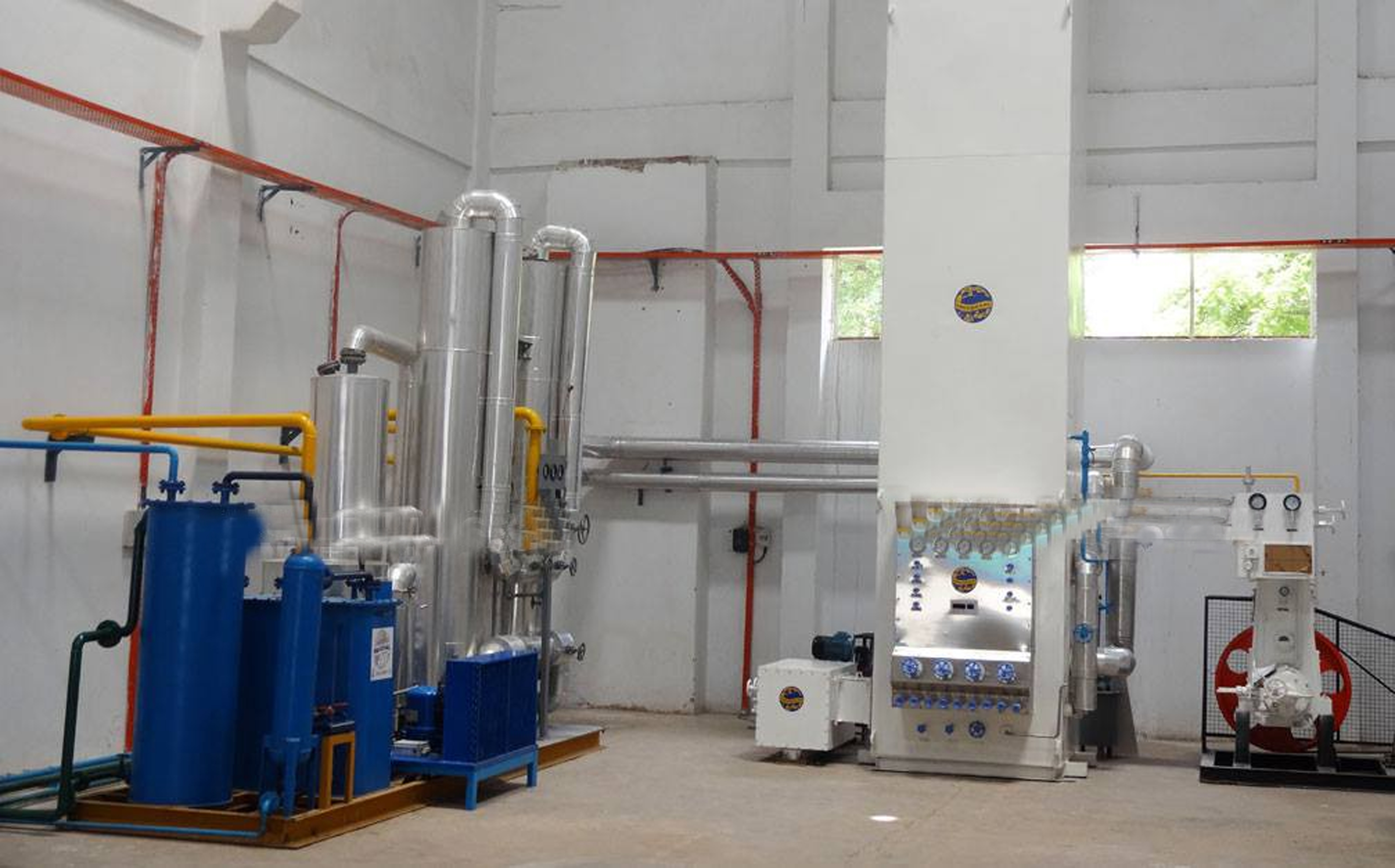 Excelsior Correspondent
Srinagar, Aug 12: With the number of symptomatic patients increasing with every passing day and to augment the supply of oxygen facilities across the Valley hospitals, the Government is all set to install Oxygen manifold in district hospitals in the Valley and Oxygen Generation Plants in the tertiary care hospitals.
To cope up with the increased oxygen demand, the hospitals are provided with the oxygen cylinders and concentrators at present. However, the Government is planning to put in place the facilities in tandem with the requirement and the increased demand.
The symptomatic COVID-19 patients which were initially hardly 10 percent and of late they have risen manifold and majority of them are to be put on oxygen which has led to its growing demand in the hospitals.
Keeping this in view, Financial Commissioner, Health and Medical Education (H&ME) Atal Dulloo told Excelsior that the Government is planning to install Oxygen manifold in district hospitals in next one month. “These will be installed at all the District Hospitals in the Valley and will help a great deal,” he said.
He also said that further, Oxygen Generation Plants will also be installed at certain hospitals in the tertiary care within one month or so.
“The additional facilities will help in effective patient care and will also increase the capacity of the hospitals in terms of supply of oxygen,” he said.
He added that while installation of facilities will take a month or so, as of now oxygen cylinders, concentrators and ventilators are being supplied to the hospitals to cope up with the demand.
Currently, there are around 5200 oxygen beds available in the Valley and on an average, 370-400 people are in a need of oxygen and supply and 6-7 people need to be put on the life-saving support-ventilators.
It has been learned that with the increased demand for oxygen, the Government Medical College, Srinagar is facing a deficiency of 4000 litres per minute.
Ideally, there is a need of 2000 litres of oxygen at a hospital-which was being fulfilled by the available oxygen plants; however, currently, the demand has jumped up to 6000 litres. It is to be mentioned here that GMC has 2 oxygen plants that are functional and are catering to the needs.
The GMC is taking care of the deficiency with the help of around 800 big oxygen cylinders that are being refilled as and when needed.
Despite the increase in the cases and in the number of patients that need oxygen, the Government said that there is a shortfall of oxygen supply at GMC, Srinagar.
“GMC has got its oxygen plants running and they are having the adequate number of oxygen cylinders as well, so, there is no shortage, however, the needs have increased,” the Financial Commissioner said.